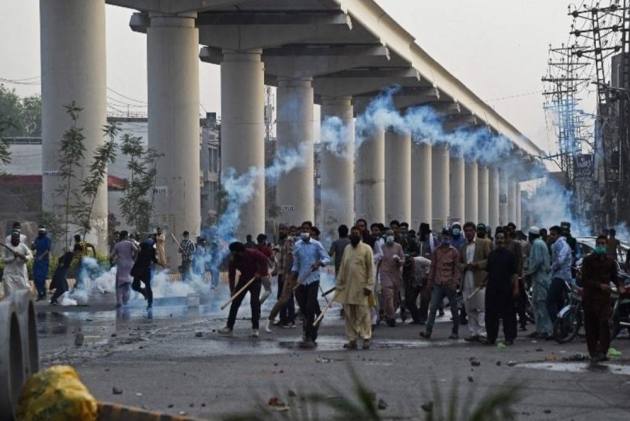 The development follows days of unrest after the Pakistan government banned the TLP for demanding that it expel the French ambassador over a caricature of Prophet Muhammad published in France, last year.

According to a report published by Reuters, a senior police officer and two paramilitary personnel are among the six hostages held by the TLP.

"The TLP activists have two fuel tankers containing thousands of liters of petrol. They are throwing petrol bombs and stones at security officials, and also shooting bullets as the result of which 11 officials are injured," Lahore police spokesman Arif Rana reportedly told Reuters.

Earlier, the TLP had issued an ultimatum to the Pakistani government demanding that it expel the French Ambassador by April 20. In response the government had arrested TLP chief Saad Hussain Rizvi on Monday and banned the organisation on Thursday.

Soon after, the TLP launched country-wide protests and its supporters clashed with the law enforcement agencies in several towns and cities earlier this week, leaving seven persons dead and over 300 policemen injured.

To contain the protests, the government also suspended Internet services on Saturday.

The TLP came to prominence in November 2017 when it staged a sit-in at the Faizabad interchange near Islamabad and cut off the capital from the old international airport.

Pakistan Muslims League-Nawaz (PML-N) was in power then and Imran Khan, the current prime minister, and his Pakistan Tehreek-i-Insaf party had supported the protest.