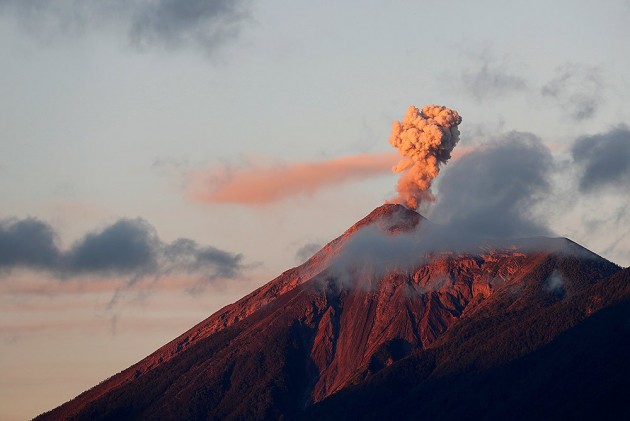 More than a dozen flights were canceled on Indonesia's island of Bali on Saturday, due to an ash cloud emitted by a fresh eruption of Mount Agung volcano.

Flights to and from Bali operated by Qantas Airways, Virgin Australia Airlines, and Jetstar Airways were canceled, and a Jetstar flight between Adelaide and Bali's capital, Denpasar was diverted to Darwin in northern Australia.

A thick rain of ash and dust affected nine villages near the volcano, where a four-km radius exclusion zone remained in place.

Authorities issued an orange alert for aviation, the second-highest after the red alert, while the eruption warning remained at level 3 on a scale of 4.

Mt Agung became active in September 2017, and its eruptions have forced operations at Denpasar airport to be halted many times.

The last major eruption of the volcano took place in 1963, and lasted for nearly a year, killing more than 1,000 people.

The Indonesian archipelago is located on the so-called Pacific Ring of Fire, an area of great seismic and volcanic activity that records thousands of mostly small to moderate tremors every year.