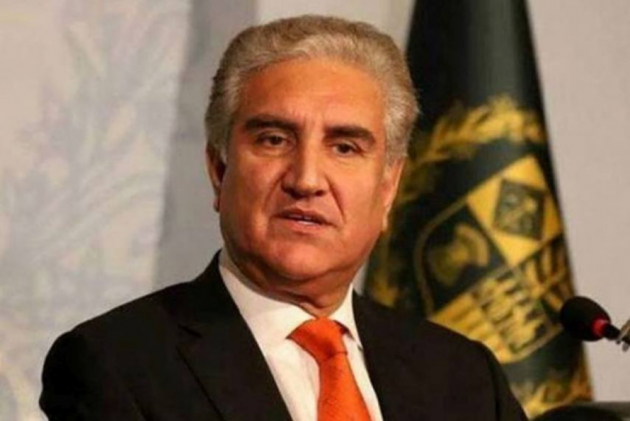 Saying Pakistan would continue to play the role of a facilitator to bring in a political solution to Afghanistan, the country’s Foreign Minister Shah Mehmood Qureshi on Monday said international must continue to engage with the war ravaged nation.

"Pakistan is very clear on our position: we believe that a negotiated political settlement is the only way forward. We do not wish to see continued cycle of civil war & want the people of Afghanistan to thrive, not simply survive," Qureshi tweeted after a meeting in Islamabad with a political delegation of Afghanistan’s leaders led by former vice president Muhammad Younas Qanooni.

Pakistan is very clear on our position: we believe that a negotiated political settlement is the only way forward. We do not wish to see continued cycle of civil war & want the people of Afghanistan to thrive, not simply survive.

Expressing hope that all Afghan leaders will work together in the supreme national interest of their country, he asserted that Pakistan will continue to play a constructive and facilitative role in Afghanistan.

"The international community must remain engaged with Afghanistan," Qureshi asserted, underlining that it is important that "we closely coordinate our next steps" for the benefit of Afghanistan and the region.

There is a clear international convergence in support of the peace and reconciliation process in Afghanistan and it is critical for all world leaders to unite for an inclusive and comprehensive political settlement in the country, Qureshi said.

He said the meeting with the political delegation of Afghanistan's leaders led by Qanooni, all of whom have a vital stake in the country’s future, took place at an extremely critical time.

"Our ultimate objective is a peaceful, united, democratic, stable & prosperous Afghanistan," he tweeted, sharing some photographs of the meeting.

The arrival of the Afghani delegation in Islamabad on Sunday coincided with President Ghani fleeing Afghanistan, extremely weakening the bargaining position of his supporters.

The Afghan delegation consists of leaders who were part of the different governments after the Taliban was toppled in 2001. (With PTI inputs)