Gurupreet Kaur, who was a month shy of turning 7, was found dead by the US Border Patrol officials, 27 kilometres west of Lukeville, Arizona, after her mother left her with other Indian migrants she was travelling with to go in search of water. 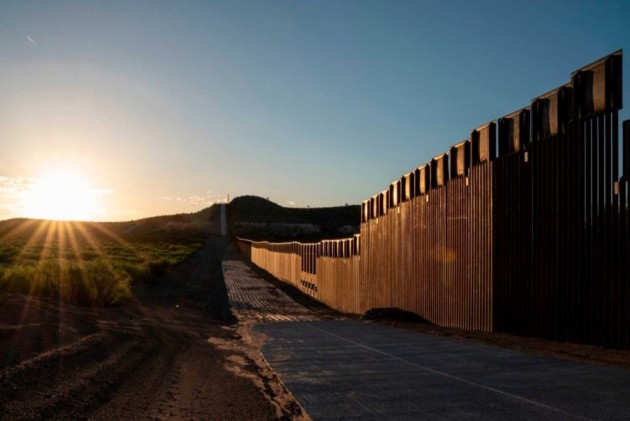 The parents of a 6-year-old Indian girl, who died of heat stroke near a remote and deserted US-Mexico border, said they sought asylum in the US because they desperately "wanted a safer and better life for her", according to a media report.

Gurupreet Kaur, who was a month shy of turning 7, was found dead by the US Border Patrol officials, 27 kilometres west of Lukeville, Arizona, after her mother left her with other Indian migrants she was travelling with to go in search of water.

"We wanted a safer and better life for our daughter and we made the extremely difficult decision to seek asylum here in the United States," CNN quoted a joint statement by the girl's mother and her father released through the US Sikh Coalition.

"We trust that every parent, regardless of origin, colour or creed, will understand that no mother or father ever puts their child in harm's way unless they are desperate," it said

The girl's father, identified as A Singh, has been living in the US since 2013, and has an asylum application pending before the New York immigration court, Sikh Coalition Programme Director Mark Reading-Smith said.

The girl's mother, identified as S Kaur, crossed the border with her this month. It is not clear when the mother and daughter left their home in Punjab, or how exactly they made their way to the US-Mexico border.

Gurupreet's parents had not seen each other since 2013, about six months after she was born.

Now the 33-year-old father and 27-year-old mother are together, planning their daughter's funeral.

In their statement on Monday, the parents asked for privacy and said their family is heartbroken over Gurupreet's death.

"We will carry the burden of the loss of our beloved Gurupreet for a lifetime," the statement said, "but we will also continue to hold onto the hope that America remains a compassionate nation grounded in the immigrant ideals that make diversity this nation's greatest strength," the report said.

The Sikh Coalition said a private funeral for Gurupreet will be held Friday in New York City, "the city her family had hoped to make their home."

Three others from India -- another mother and daughter and another woman -- were also with them when they crossed, US Customs and Border Protection said.

The numbers of Indians crossing US borders from Mexico has steadily risen in recent years, according to immigration officials. They are among thousands of Africans and Asian migrants making the arduous journey, led by smuggling cartels.

Deepak Ahluwalia, an immigration attorney in California who's on the board of the Sikh Coalition, said the news was even more devastating when he learned the little girl's name and realised she was from Punjab.

"It hurts even more when you have a connection with that person. ... My parents were from Punjab, I represent a lot of South Asians and it's just disheartening to see stuff like this," he said.

Last year, more than 9,000 people from India were detained at US borders nationwide -- a big increase from the prior year, when that number was about 3,100.

US President Donald Trump has been promising for more than two years to build a long, impenetrable wall along the border to stop illegal immigration, though Congress has been reluctant to provide billions of dollars he needs. In the meantime, he has repeatedly threatened to close the border.

So far this year, 70 undocumented immigrants have perished in Arizona along the US-Mexico border, according to the Pima County Medical Examiner's Office, which tracks migrant deaths. Last year, 127 died.