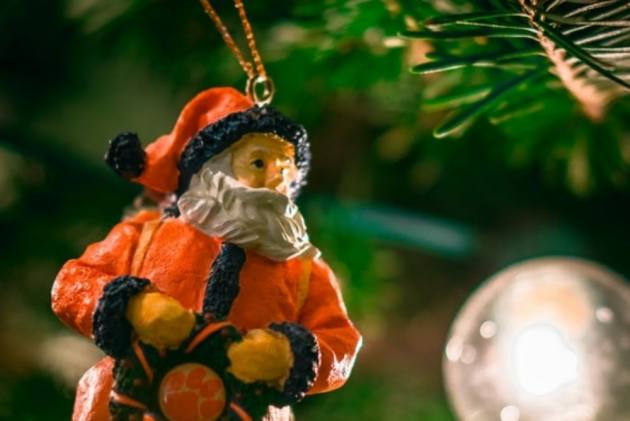 For the streets of Peru, Santa Claus chose an alternate mode of entry. Instead of riding in on a sleigh, he busted doors along with his companion elf.

Drugs-squad members in Lima, disguised as Santa Claus and an elf, captured a suspected cocaine and dope dealer as part of the Peruvian police's anti-drug operation.

The undercover sting operation was staged and filmed by the Peruvian cops, and the video has since gone viral.

It shows the lead agent, dressed in Santa's quintessential red, white, and green outfit, with the exception of flak jackets hidden underneath. The officer arrives in an undercover van before breaking into the house to apprehend the suspected drug dealer on Sunday.

"We are the police, we are the green squad, this is an anti-drug operation," one of the agents can be heard yelling in the footage, as he handcuffs the suspect in the Villa El Salvador district of Lima.

Police playing dress-up is not an uncommon sight in Peruvian streets. Police forces occasionally use the tactic of donning costumes to launch anti-drug raids. In the past, they have dressed as street sweepers, vendors, or as homeless people to detect criminal activity. This preserves the element of surprise, they say, adding to their success int he recent years.

"We are able to imitate any type of character," Peru National Police Col. Jorge Angulo told America TV. "This is a special character. We have had the opportunity to raid a home for the issue of drug sales."

Drug-related crime is a burgeoning concern in Peru, contributing to a growing concern for safety and sense of insecurity.

"The best gift we can give is a little security to the people," Angulo said.