The customer in her instruction slip reportedly wrote, 'No need to be nice to the scumbag, just splash the drink on his face' 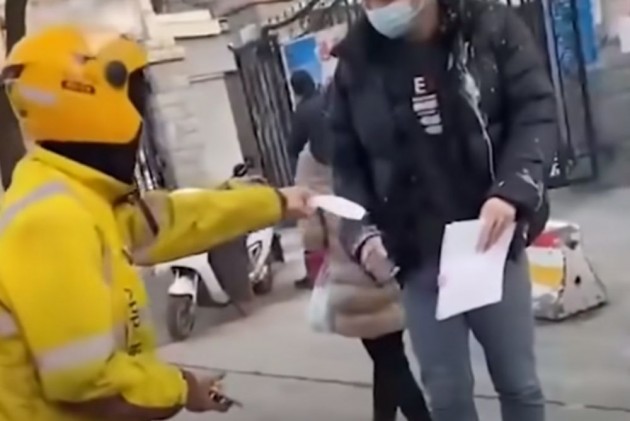 In a bizarre incident of post breakup revenge, a Chinese woman decided to unleash her anger on her ex-boyfriend with the help of a delivery boy. The video of this 'extraordinary' revenge has gone viral on social media.

The incident took place in China's ShangDong city where a woman ordered milk tea for her ex-boyfriend and instructed the delivery boy to splash the drink on him. What's surprising is that the delivery boy complied with the request.

In the viral video, a delivery boy in yellow uniform and helmet can be seen splashing the drink on another man and a few moments later, he even handed over the instruction slip to the person, who seemed shocked by the entire incident.

According to Oriental Daily, the customer wrote, “No need to be nice to the scumbag, just splash the drink on his face.”

The delivery guy later apologised for his act and while handing the man a tissue reportedly said, “Sorry, I just acted based on the remarks of the customer.”