Pager, a nine-year-old Macaque monkey, had a Neuralink chip implanted about six weeks before the video was shot. 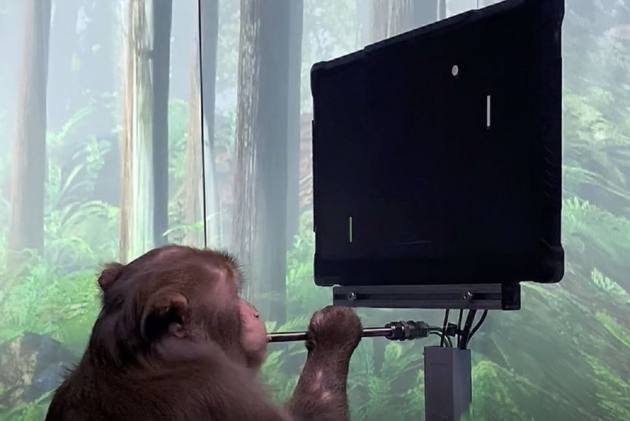 Neuralink, a neurotechnology company owned by Elon Musk that focuses on developing brain-machine interfaces, on Friday posted a YouTube video that shows a monkey playing a video game by navigating an on-screen cursor using only his mind.

The narrator in the video explained that Pager, a nine-year-old Macaque monkey, had a Neuralink chip implanted about six weeks before the video was shot.

The monkey was initially trained to play the game using a joystick in turn of banana smoothie as a reward through a metal straw.

In the video, Pager continues to play the game using a joystick as the Neuralink device recorded information about which neurons were firing to control which movements.

The joystick was later disconnected leaving the monkey to control the game using only his mind.

Elon Musk also shared the video on his Twitter handle writing, "Monkey plays Pong with his mind" and "A monkey is literally playing a video game telepathically using a brain chip!!"

In his response regarding the experiment, he posted a series of tweets saying that the first product by Neuralink might enable a paralysed person to use a smartphone with their mind faster than someone using their thumbs.

The device is implanted flush with skull & charges wirelessly, so you look & feel totally normal

A statement issued by Neuralink read, "We are pleased to reveal the Link's capability to enable a macaque monkey, named Pager, to move a cursor on a computer screen with neural activity using a 1,024 electrode fully-implanted neural recording and data transmission device."