In a watch-it-to-believe-it incident, a golfer in Florida, USA, had a run-in with an alligator on a golf course 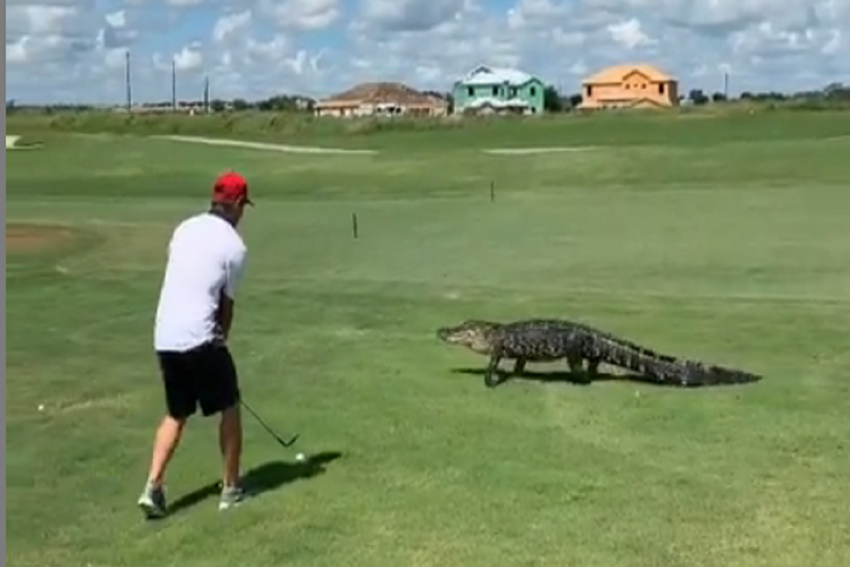 Screen grab of the video posted by steellafferty on Instagram
Outlook Web Bureau August 26, 2019 00:00 IST Watch | Florida Golfer Continues With His Game As 7-Feet Alligator Strolls Casually Next To Him 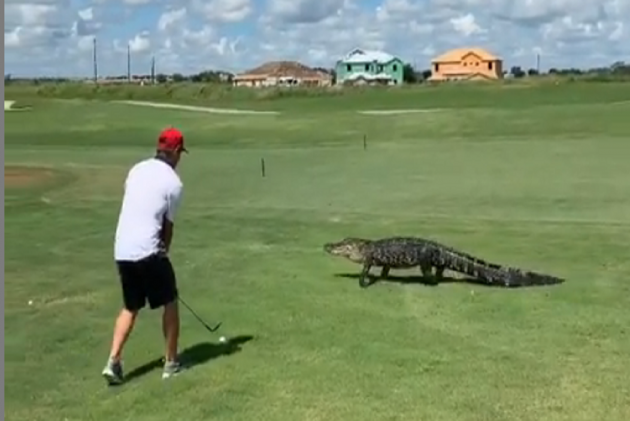 A video that has deservingly gone viral on social media, shows a man playing golf while barely acknowledging a 7-feet alligator that strolls casually just a few feet away from him.

The golfer, even after spotting the alligator, continues with his game and completes his shot while being unfazed with the giant reptile.

The video was posted by a professional wakeboarder Steel Lafferty on Instagram that showed his run-in with the alligator with a caption saying, “Golfing in Florida is just different.”

In an interview to Fox News, Lafferty says, that he was playing golf at the ChampionGate Country Club in Orlando, Florida on Wednesday when out of nowhere he spotted an alligator casually strolling on the golf course.

"I wakeboard professionally so I'm always in the water and I've kind of been around gators my whole life. There was a bit of a worry, but it seemed like he was doing his own thing so I let him go," he told CNN.

Lafferty, interestingly, has called his encounter with the alligator a "good experience."

"My shot was really good and that was really the only thing I was worried about. I had to make par on the hole because we had a bet going and I was more worried about winning the bet than getting eaten," he said.

The alligator eventually disappeared into a lake near the green, Lafferty added.