33-year-old man, identified as Roberto Arroyo, allegedly licked the doorbell, stole an extension cord from a Christmas display and went around in the family's yard. 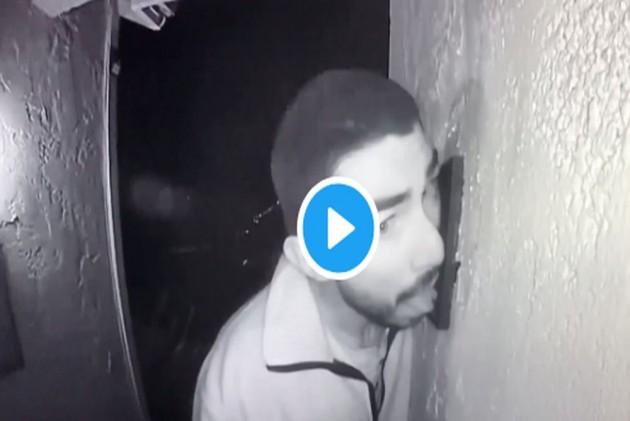 In a bizarre incident, a man was caught on a surveillance camera licking a family's doorbell for three hours in California.

33-year-old man, identified as Roberto Arroyo, allegedly licked the doorbell, stole an extension cord from a Christmas display and went around in the family's yard.

The owners of the home, Sylvia and Dungan, were away but their children were present in the house during this incident. Although children were unaware of the presence of a stranger in their yard, they were alerted by their surveillance system which notified them of movement around the front door.

“This just kind of reinforces how important it is to have security within your home,” Sylvia said after watching the sickening footage of a man licking the doorbell, as quoted by Russia Today (RT).

The incident was immediately reported to authorities. Police have arrested the man. Arroyo has earlier faced charges for petty crimes like theft and prowling.

"We were pleasantly surprised the image was so clear. It didn't take us long to identify the individual," Salina Police Department spokesperson Miguel Cabrera told  AOL.