Watch: Man Climbs Mobile Tower In Pakistan, Threatens To Kill Self If Not Made PM

Rescuers had to get help from comedian Shafaat Ali to mimic Prime Minister Imran Khan and persuade the man to climb down the mobile phone tower after he threatened to commit suicide. 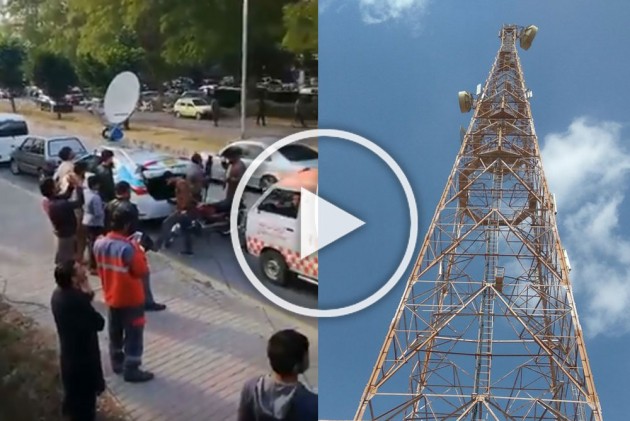 A man climbed a mobile tower on Saturday, demanding that he be made the country's Prime Minister.

The man, who has been identified as Muhammad Abbas, hailed from Sargodha city and claimed that he can improve Pakistan's economic condition and repay debts within six months and thus should be made the Premier, Geo News reported.

He climbed the mobile tower in Blue Area of Islamabad with the country's flag in his hand. When asked to come down, the man said he will only speak to Prime Minister Imran Khan or District Police Officer of Sargodha city.

Rescuers had to get help from comedian Shafaat Ali to mimic Prime Minister Imran Khan and persuade the man to climb down the mobile phone tower after he threatened to commit suicide, as quoted by  Samaa Tv.

Ali is a Pakistani comedian who mimmicks renowned politicians and public figures.

However, rescue officials used a lifter and with the help of police brought him down. The man was then taken to a police station.