The 34-second video, shared by a user on Twitter, captures the fall of the plane until it hits the ground. 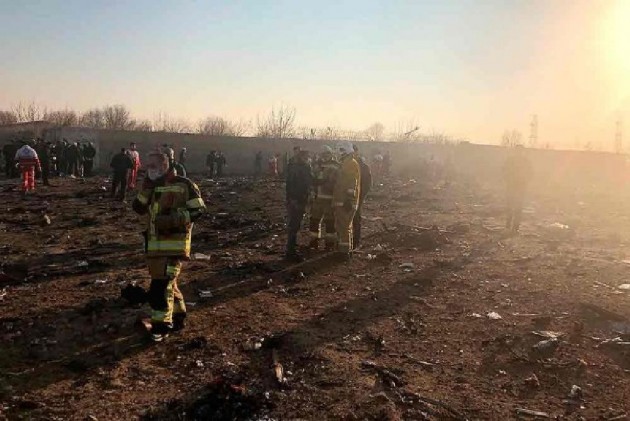 A video clip of the Ukranian aircraft that crashed in Tehran on Wednesday shows the burning plane streaking down from the sky at pre-dawn.

The 34-second video, shared by a user on Twitter, captures the fall of the plane until it hits the ground.

As the plane hit the ground, as seen in the video captured by a mobile device, it appears like a huge fireball and triggers a blast.

#Breaking First footage of the Ukrainian airplane while on fire falling near #Tehran pic.twitter.com/kGxnBb7f1q

All 176 onboard the Ukranian plane, including the passengers and the crew, were killed in the crash.

The plane had taken off from Imam Khomeini International Airport and crashed due to mechanical issues. An investigation team is probing the cause of the crash in southwestern outskirts of Tehran, civil aviation spokesman Reza Jafarzadeh said.