Watch: Mosquitos Swarming Together In The Shape Of 'Tornado' In Buenos Aires

The viral video of this unusual scene, was by a motorist on Route 74, has left netizens awestruck 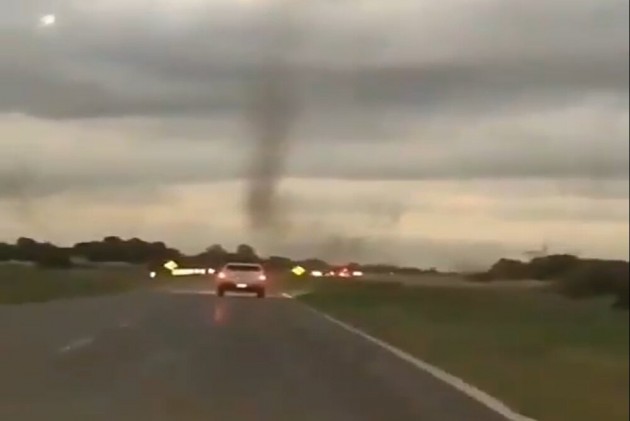 Captured by a motorist who was on Route 74 in Buenos Aires, a clip of a scourge of mosquitos gathered together in the shape of a tornado has gone viral on the internet. This bizarre scene of the Argentinian skies has left netizens baffled, as the video shows the mosquitos swarmed together to form a tornado that the cars seemed to be driving towards.

Initially, the people travelling on the road were terrified of the 'tornado' as it seemed like something inescapable. However, upon going near to the twister, they realised that it was the mosquitos who caused it. The man who captured the video described the tornado as "getting bigger and bigger, I've never seen anything like this in my life".

According to Argentinian news, such a scourge of mosquitos was caused by heavy rains which led to the swarming of the insects, not just in Buenos Aires but also in the neighbouring cities. "Heavy rains caused flooding resulting in large pools of stagnant water where female mosquitoes lay their eggs", Juan Jose Garcia, a researcher at the Centre for Parasitological and Vector Studies.