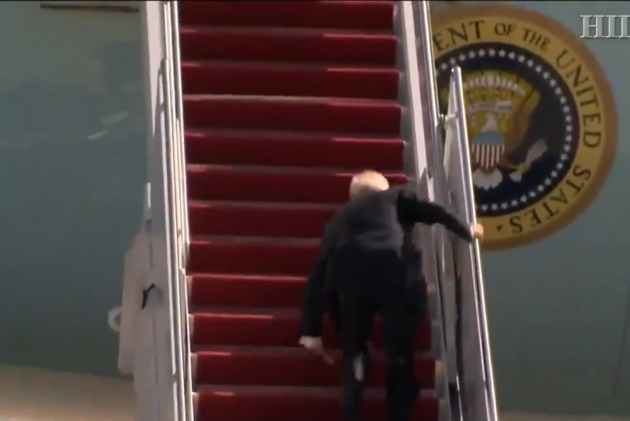 Heading to Atlanta to meet Asian-American community leaders following a shooting at a spa in the US state of Georgia, President Joe Biden stumbled upon the staircase thrice while boarding Air Force One. Video of the incident has gone viral on various social media platforms.

Joe Biden falls three times as he climbs the stairs to Air Force One. pic.twitter.com/QXrHBKVNhX

The President was "doing fine" after his fall, informed White House spokeswoman Karine Jean-Pierre. "It was very windy. I almost fell coming up the steps myself. He is doing 100 per cent fine. He's doing fine", said Pierre.

Pierre did not comment on whether Biden had been checked by a traveling physician after the incident.