A deadly avalanche in Nepal left 11 persons injured on Sunday. Viral video shows a plume of snow descending from a mountain upon villages on the foothills. 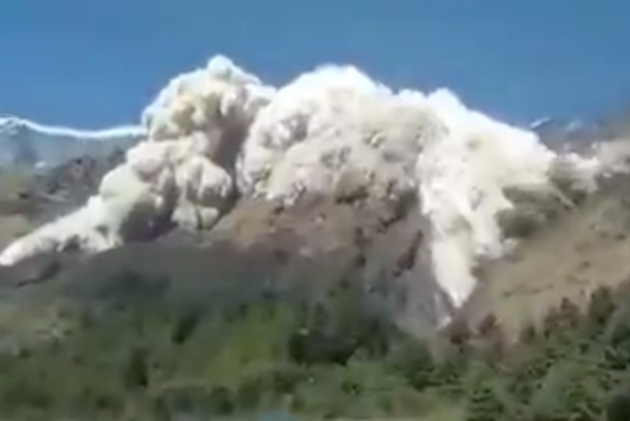 A deadly avalanche that hit Nepal's Mustang district last week has left 11 persons injured including seven students. Locals from several villages such as Larjung, Kowang and Nurikot were injured in the avalanche which came rolling down the mountains and descended on the villages below.

Days after the avalanche, a video of the moment when the snow started to roll down the mountain has been going viral on social media.

In the video, a massive plume of snow can be seen spreading down the top of a mountain in an otherwise calm and scenic view. Shrieks of onlookers can be heard from the background in the video.

Nepal:Seven students among 11 injured as #Avalanche sweeps through residential areas in #Mustang

An avalanche swept via residential spaces in #Nepal’s Mustang district leaving 11 other people injured together with seven scholars of a neighborhood college pic.twitter.com/OiG6JkxWUC

According to reports, the avalanche was one of the biggest recorded in the area.

The avalanche in Nepal follows a slew of similar natural calamities such as landslides, boulder crashes and floods in the northern mountainous states of India such as Himachal Pradesh and Uttarakhand. Many of these incidents were caught on tape.