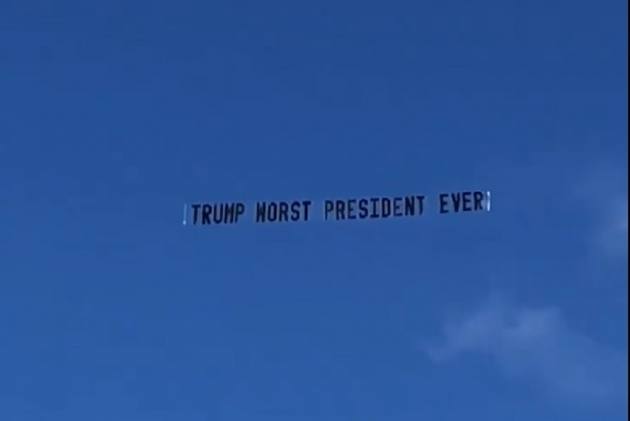 Donald Trump's transition out of the White House has been all shades of eventful. In the most recent incident, the former President faced a rather harsh trolling episode after moving to his new residence in Florida.

"Trump worst President ever" and "Pathetic Loser" read the writings in the skies.

It is currently unknown who carried out the stunt.

The former President flew down to the estate on an island off the coast of Palm Beach on Wednesday morning, ahead of President-elect Joe Biden's inauguration. According to The New York Post, moving trucks were seen outside Mar-a-Lago as well.

Trump has spent a significant amount of time at Mar-a-Lago, dubbed the “Winter White House”, throughout his four-year presidency.