the US, EU, UK, NATO and Norway have released a joint communique to somehow force the Taliban and the High Peace Council for Reconciliation led by Abdullah-Abdullah to ensure a smooth transition of power in Afghanistan. 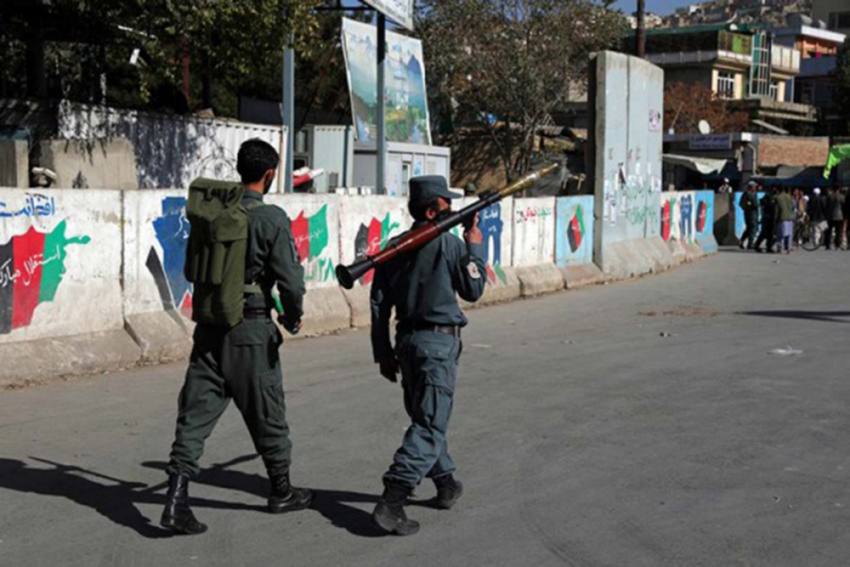 Having washed their hands off Afghanistan after 20-years of effort following the exit deal worked out by the US and Taliban, Western democracies realise that they have left behind a huge mess and a civil war to boot. With little else to do now that the die is cast, the US, EU, UK, NATO and Norway have released a joint communique to somehow force the Taliban and the High Peace Council for Reconciliation led by Abdullah-Abdullah to ensure a smooth transition of power in Afghanistan. Appeals, communiques and statements however have little resonance on the ground.

Late last evening representatives of all these countries sent out a strong statement calling for a halt to the fighting. The group met to review the Doha talks that ended inconclusively last weekend, but with the promise that the two sides would sit down for another conversation.

Saying they were deeply concerned about the ongoing Taliban military offensive and serious human rights violations reported from areas that had been overrun, the US and EU nations called for an immediate ceasefire. They appealed to the Taliban and the Afghan government to sit down and work out a negotiated settlement. In a clear warning to the Taliban they declared that they will oppose any government imposed through a military victory. They went on to say that ``Our countries and organizations are committed to a strong partnership with Afghanistan and will be closely monitoring ongoing developments in this new phase of transition with the withdrawal of international forces.’’  Making the point that the US and EU were closely watching developments and would continue to do so, even if they had no boots on the ground.

Hoping that the next round of Doha talks would result in a settlement, the group laid down the red lines on five critical points. First it had to be an inclusive transitional government, people of Afghanistan must have the right to elect their political leaders, protection of human rights, including rights of women, youth and minorities. Commitment to ensure that Afghanistan does not become a haven for terrorists. Lastly adherence to international law, including humanitarian law. “We emphasize that international support to any future government will depend, at least in part, on adherence to these five elements.’’ So the warning comes with the rider that unless these five crucial points form part of the negotiated settlement, funding for Afghanistan may stop. This is not spelled out.

The Taliban were asked to deliver on preventing the use of Afghan soil by al Qaeda, Da’esh or any other terror group from launching attacks against any other country. Not to host members of these terrorist outfits in Afghanistan or allow them to recruit, train, raise funds or transit through the country. The Taliban was also asked not to destroy infrastructure and cooperate on humanitarian assistance as Afghans had suffered acutely from the effects of Covid-19. They needed help.

The Taliban scenting a military victory in Kabul is unlikely to pay heed to the statement unless President Asraf Ghani steps down. Ghani is in no mood yet to give up without a fight.