What Is The Controversy Around AstraZeneca’s Vaccine For Covid?

The EU’s health authority said the benefits of the vaccine outweigh the risks. 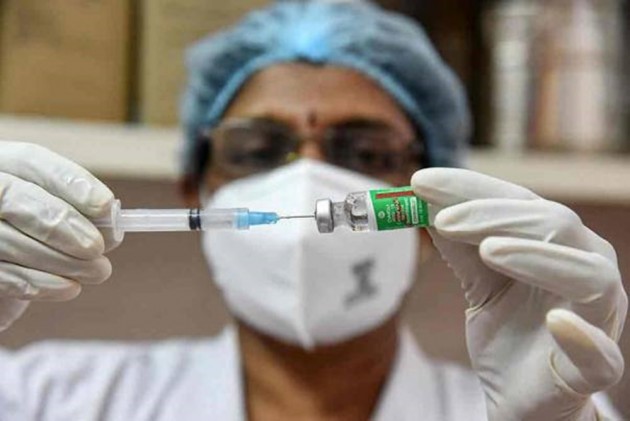 Amid increasing number of Covid-19 cases and rising concerns over the safety and efficacy of vaccines, two more European countries have suspended the use of Oxford-AstraZeneca’s Covid-19 vaccine in a further blow to the European Union’s vaccination drive. The EU’s health authority said the benefits of the vaccine outweigh the risks.

A few days after reports claimed that some people who got a dose developed blood clots, Latvia and Sweden have also halted the use of the British drugmaker’s coronavirus vaccine.

The vaccine, which is being produced and distributed in India as Covishield by Serum Institute of India (SII), is also expected to undergo a review by the nodal adverse event following immunisation body this week.

Should You Get The Covid-19 Vaccine If You’ve Already Had The Virus?

What is AstraZeneca vaccine?

It is one of four vaccines authorised for use in the European Union. According to the World Health Organisation, the vaccine, which is developed in partnership with Oxford University, against Covid-19 has an efficacy of 63.09 per cent against symptomatic Covid-19 patients. Longer dose intervals within the 8 to 12 weeks range are associated with greater vaccine efficacy, the health agency states.

This vaccine has undergone review by the European Medicines Agency (EMA) and consequently meets WHO’s criteria for Strategic Advisory Group of Experts on Immunization (SAGE) consideration.

“The EMA has thoroughly assessed the data on the quality, safety and efficacy of the vaccine and has recommended granting a conditional marketing authorisation for people aged 18 and above,” the WHO website states.

Which countries have suspended the use of AstraZeneca?

Denmark was the first country to stop the use of vaccine after reports of blood clots in some people, including one person who developed multiple clots and died 10 days after receiving the dose. However, the authorities have not accepted that there is a link between the vaccine and the blood clots.

However, Thailand’s health authorities have decided to go ahead with the vaccine, with Prime Minister Prayuth Chan-ocha and members of his Cabinet receiving the first shots on Tuesday.

On Tuesday, Sweden, Latvia and Germany joined the list, saying that they are halting the use of the vaccine until the EMA decides on its status following a meeting this week.

Meanwhile, British Prime Minister Boris Johnson has defended the safety of the AstraZeneca coronavirus vaccine. “That vaccine is safe and works extremely well,” Johnson wrote in The Times newspaper. “It is being made in multiple places from India to the US, as well as Britain, and it is being used around the world,” he added.

Canadian Prime Minister Justin Trudeau also weighed in favour of the vaccine. “Our health experts … collect data continuously and they assure us that all the vaccines offered in Canada are safe and effective, including those from AstraZeneca,” Reuters quoted Trudeau as saying.

“We are obviously watching what is happening with a specific batch in Europe. We can reassure all Canadians that no AstraZeneca doses came from the same batch,” he added.

What does WHO say?

The World Health Organisation has appealed to countries not to pause vaccination campaigns, emphasizing that even as the investigation is underway, systems meant to protect public health were working.

“This does not necessarily mean these events are linked to Covid-19 vaccination, but it’s routine practice to investigate them, and it shows that the surveillance system works and that effective controls are in place,” Reuters quoted WHO Director General Tedros Adhanom Ghebreyesus as saying.