When The Pope And The Grand Imam Embrace Each Other

In the history of the papacy, it is the first-ever visit by a Pope to the Arabian Peninsula, where Islam was born. 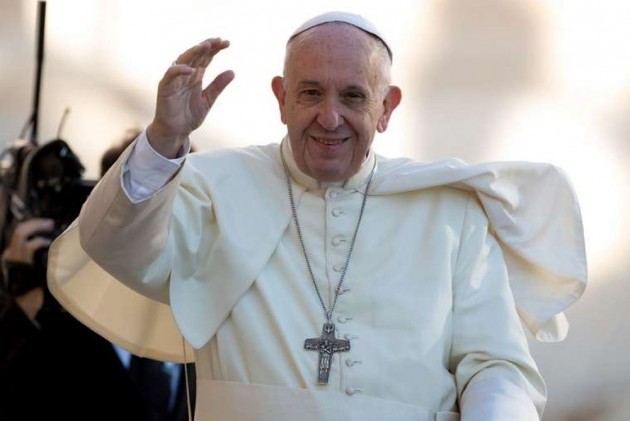 The three-day visit by Pope Francis to the United Arab Emirates on February 3, 2019, will be an important milestone in interfaith dialogue in general and Christian – Muslim understanding in particular. In the history of the papacy, it is the first-ever visit by a Pope to the Arabian Peninsula, where Islam was born. More importantly, it is perhaps the first time that a Muslim country with hardly any Christian citizenry is hosting the head of the Roman Catholic Church. Even more interesting is another fact: the Mass that the Pope will lead in the UAE will have the most demographically diverse congregation ever!

Usually, when the Pope visits a country, the congregation consists of the Catholics of that country. Even in the Vatican, where it may be possible to have huge multi-national congregations on special occasions, the number of people in attendance would not be as large as in the UAE Papal Mass. The UAE congregation is the largest in terms of demographic diversity because the country hosts people representing around 200 nationalities of the world. There are nearly one million Catholics living in the UAE. To add luster to the potent symbolism of the visit will be the presence in Abu Dhabi on the occasion of the topmost religious figure within Sunni Islam: Sheikh Ahmed Al-Tayyib, the Grand Imam of Al Azhar University, the oldest seat of theological learning in the Muslim world. The Pope and the Imam will join top religious figures representing all faiths and from across the world on February 4 at a summit on ‘Human Fraternity’ organized by the Muslim Council of Elders.

The visit is part of the UAE’s initiative to observe the current year as ‘Year of Tolerance,’ during which a large number of programs are planned to promote the values of tolerance and peaceful co-existence across religions and cultures. Tolerance and moderation are two key themes around which the UAE defines and marks itself out in the otherwise turbulent environment in the Middle East. This self-definition is borne out by both its lived experience for the past five decades and a national vision that celebrates diversity.  The UAE’s unique track record is not just in hosting the huge multitude of nationalities, religions, and cultures on its soil, but also in nurturing a social environment that is infertile to intercultural hatreds and violence. In the South Asian context, it is worth noting that millions of Indians and Pakistanis have lived here for decades in perfect harmony in spite of the rancorous recriminations back home. It is rare that such a diverse sea of humanity ever co-existed in small geography for decades without any major incidence of conflict and clash between them.

The vast majority of the UAE population (nearly 8 million of the 9 million) consists of foreigners, representing around 200 nationalities. Hindus, Christians, and Jews are allowed to have their own places of worship, most of them on land allotted to them by the government. There are around 50 churches across the UAE belonging to different Christian denominations, in addition to numerous private locations used by various sects for their religious activities. This openness to religious diversity is not new to the UAE. In fact, the first church in the country was consecrated six years before the formation of the UAE as a federation of seven Emirates. In 1965, when St Joseph’s church was opened on the Corniche in Abu Dhabi, the then ruler himself had attended the opening ceremony. Now a huge Hindu temple is under construction in Abu Dhabi. Archeological excavations in the UAE have unearthed a Christian monastery dating back to the 7th century.

In hosting the Pope and a rich variety of other faiths than Islam, the UAE is actually swimming against a powerful and xenophobic current of public and religious opinion in the Muslim societies. There is a widely held, and arguably erroneous, belief among many in Muslim societies that no religion other than Islam should have the right to worship in the Arabian Peninsula. This is against such a backdrop of exclusivist religious dogma that the UAE is trying to present itself as a paragon of tolerance and mutual respect. That the UAE is explaining this commitment to diversity not so much on religious grounds but on grounds of common humanity is actually a paradigm shift in interfaith discourse in the Muslim World.

(Shajahan Madampat is a cultural critic and commentator based in Abu Dhabi).