The US President's exact net worth is not known. 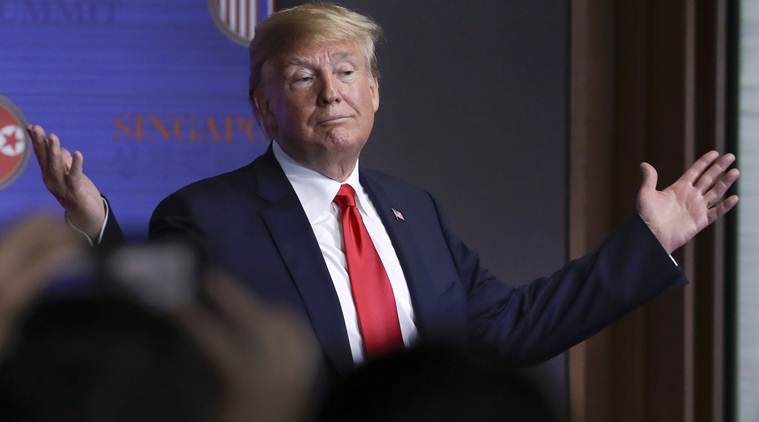 White House Press Secretary Kayleigh McEnany accidentally revealed President Donald Trump's private bank account and routing numbers while holding up a cheque he made out to the Department of Health and Human Services (HHS), it was reported on Saturday.

In a press briefing on Friday, McEnany revealed that the President had chosen to donate $100,000 of his 2020 earnings to the HHS in a bid to "support the efforts being undertaken to confront, contain and combat the coronavirus", reports the Daily Mail.

She then waved around the cheque he had written to the government agency for the cameras.

The Daily Mail report quoted an administration official as saying to The New York Times that mock cheques were never used in the briefing, appearing to confirm that the one McEnany flaunted was legitimate.

In a statement, White House spokesperson Judd Deere said: "Today the President's salary went to help advance new therapies to treat this virus, but leave it to the media to find a shameful reason not to simply report the facts, focusing instead on whether the check is real or not."

However, that didn't stop social media users from poking fun at both McEnany and Trump.

"Harvard Law has some explaining to do," one Twitter user said, wondering how McEnany could have graduated from the prestigious school before making the mistake with the cheque.

Meanwhile, another took it as an opportunity to claim that Trump is not as rich as he says he is, remarking that his account was "probably overdrawn", the Daily Mail reported.

The President's exact net worth is not known.

Meanwhile, Eva Velasquez, the President and Chief Executive of the Identity Theft Resource Center, a California-based NGO, said that it was likely that President Trump's account has additional security measures in place due to his status.

His account was unlikely to be hacked because of McEnany's faux pas, she added.

A graduate of Harvard Law School, and former CNN contributor, McEnany, 31, had previously served as Trump's his campaign spokeswoman and made headlines for her passionate defences of the President, a BBC report had said.

In a February appearance on a Fox Business show, she said: "We will not see diseases like the coronavirus come here, we will not see terrorism come here, and isn't that refreshing when contrasting it with the awful presidency of President (Barack) Obama?"

McEnany has also previously worked as a spokeswoman for the Republican National Committee and in 2018 published a book on the movement behind Trump's 2016 election win, said the BBC report.