Ghani will justify his decision to go by saying that this was the only way out for him to ensure the safety of Kabul residents. 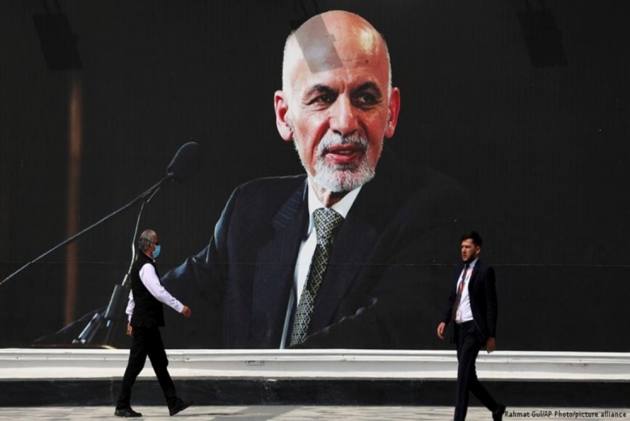 The rest of the world may understand why President Ashraf Ghani and his close circle of advisers fled Kabul on Sunday leaving his people at the mercy of the Taliban. After all, everyone remembers what happened to former President Najibullah who was dragged out of the UN compound where he had gone to seek refuge and tortured and killed by the Talibs when they first took power in 1996. His head was later strung up on a pole. No one doubted that the same fate would be in store for Ashraf Ghani.

But ordinary Afghan citizens will find it hard to forgive Ghani for deserting them when they needed him. More so because he had stubbornly refused to step down despite pressure from all sides, saying he would stay and fight for the values he and the people of Afghanistan had long valued. But with the Taliban gathered on the gates of Kabul on Sunday, the President had fled leaving his hapless people behind.

Ghani will justify his decision to go by saying that this was the only way out for him to ensure the safety of Kabul residents. But angry Afghan citizens will have none of this. They feel let down by the corruption and incompetence of a government that failed to protect them and left them to the mercy of the Taliban.

Abdullah-Abdullah, his main rival during the 2014 and 2020 presidential elections and now the chief peace negotiator for the government had this to say about Ghani’s secret departure. “The former President of Afghanistan has left Afghanistan … He has left the nation in this state [for that] God will hold him to account,” Abdullah Abdullah, said in a video posted to his Facebook page.

There were accusations of large-scale voter fraud in both elections. The American’s had to pace peace maker and resolve the issue. Abdullah-Abdullah was the chief executive, basically number two in Ghani’s first term, and stayed out of the government after a bitter falling out in 2020. But he was called in later to lead the talks with the Taliban in Doha.

Ghani, the soft-spoken US-trained anthropologist also holds a doctorate from Columbia University and is a former World Bank employee. He returned home after the invasion of US and NATO troops in 2001 led to the fall of the Taliban government. Many Afghans returned from the US and Europe hoping to rebuild the country. Ghani later gave up his US citizenship to contest the presidential elections of 2014 and succeeded Hamid Karzai as president.

But Ashraf Ghani’s tenure as president was unremarkable. He had a close circle of advisers and relied on them to run the country. He did not consult with lawmakers and remained aloof.

While the blame for bad governance is squarely on Ghani, the security situation cannot be entirely blamed on him. The US gave legitimacy to the Taliban and forced the Ghani government to do some of the Taliban’s bidding in the interest of peace. The minute the US-Taliban peace deal was sealed, the carpet was pulled under the Ghani government. The Ashraf Ghani government was forced to release 500 Taliban prisoners charged for heinous crimes, under US pressure. The government resisted as long as it could but had to give way as this was the condition set by the Taliban to begin the intra-Afghan talks in Doha. The fact that the government was so ill-prepared to fight the Taliban is a reflection of weak leadership and his inability to inspire the Afghan National Army. Possibly few wanted to risk their lives to fight for a corrupt government. Many of the soldiers did not have ammunition, they had not been paid. Most of the money was pocketed by warlords. Few Afghans will forgive President Ashraf Ghani.