Why Africa Is Least Vulnerable To Covid 19: Know It From Gene Scientist 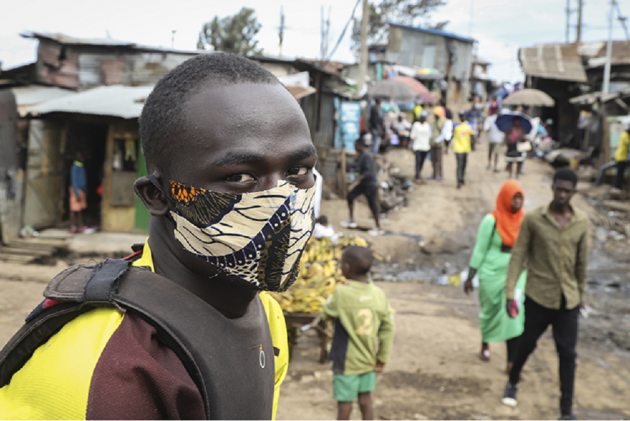 Out of all the counties that are battling with Covid-19, Africans seems to be the least vulnerable due to the low spread of infection and mortality rate.

Gyaneshwer Chaubey, Professor in Department of Zoology, Banaras Hindu University is of the view that the genetic makeup of people plays a vital role in their fight against Covid-19. Last year, he mapped the genetic variation in India and concluded that people living in the North-Eastern part of India didn’t suffer a lot as compared to the other parts because their genetic design protects them from contracting the infection and falling sick.

He admits that there are multiple factors that come into play in the transmission and fatality of a viral disease like Covid-19 but the role of variation in genetic configuration is prominent among them.

Beware! These Monsoon Maladies Are Deadlier Than Covid-19

Vaccines May Do More Harm Than Good To Those Recovered From Covid-19: Experts

In an interview with Outlook, Professor Chaubey analyses the genetic variation across the globe and tries to answer the puzzle that despite the presence of the most infectious variant of Sars_Cov_2, Delta, why there is a stark difference in is transmission and mortality in different countries and continents. Excerpts:

The Covid-19 numbers suggest that Africa is the least affected of all the continents? What could be the reason for that?

Continent-wise Africa is adding only 3.6% of the total mortality globally. Africa has almost the same population as India i.e. 1.3 billion people, while it has contributed less than 4% of total deaths globally, whereas the contribution of India is >10%. The overall mortality in Africa is less than 1% which is far less than the global average. These statistics are even more surprising, keeping in mind the immune evading globally successful variant beta (B.1.351) which has its origin in South Africa. Many experts suggest that the young median age of the population is the main reason, whereas, we think that the host genetics is the primary contributor for the susceptibility of a person or ethnicity than anything else. If we look at the African gene pool, being a birthplace for modern humans they have the highest diversity in their genes which is advantageous against any infectious disease. Also, they do not have any Neanderthal gene (the closest human relative that lived about 40,000 years ago in Eurasia) which increases the susceptibility and they have long term experience with infectious diseases.

Is the explanation true for the whole of Africa or do you think some countries in the continent are well-protected due to genetic reasons and some are still vulnerable to the spread?

If we look at the top contributors for COVID-19 in Africa, we can clearly see that the countries, which have less indigenous (non-African) gene pool, are more affected, for instance, Algeria and Egypt due to Arabian influence and South Africa due to European Influence.

But if we see the impact of Covid-19 on the black population in the US, there are more deaths due to Covid-19 than that of the while population. Why?

This is true not only for the African-Americans but also for the other minor ethnicities living out of their territory. For instance, In UK, the South Asian people were twice more affected than the whites. Whereas South Asians in South Asia were half affected than the whites. However, the higher mortality rate for the African_American population in the USA needs more detailed investigation on comorbidity, genetic admixture as well as the local environment and socio-economic circumstances in their particular American context. More importantly, a similar trend had also been observed among Bangladeshi people in the UK, where some of the similar criteria may apply mutatis mutandis.

What is the status of the most infectious delta variant in Africa? Does their genetic make-up provide protection from this variant also?

As we know Delta variants is 200% more transmissible than the original Wuhan strain, it has indeed surged the cases (this was the third wave), in Africa and last month became the most dominant strain in the continent, however, cases are reducing now from most of the African nations without making any havoc like in India. From this data, it is clear that so far there is no variant that can make a massive surge in Africa.

Looking at the genetic aspects of the world population, which part of the world do you think seems to be the most vulnerable to Covid-19?

If we look at the mortality picture before the large vaccination drive, North America was on the top (28%), followed by Europe (26%) and South America (22.5%). From the genetic point of view, European ancestry was most susceptible and East Asian and African ancestries were least susceptible to this virus.

Now with the vaccination rollout, we should not bother about the number of cases but we should be more careful about the mortality which is apparently reducing exponentially.

How do you explain the role of the genetic make-up of Indians in their response to Covid-19 as there have been variations in infection and deaths across states?

As we cut across the geography of India in East and West regions, we see a gradient of genetic susceptibility. The seven sister states are least susceptible because of their closest genetic affinity with the East Asians and this we can also testify at ground zero during both of the waves. Recently, there was a study on East Asians showing that their genome has been positively selected against exposure with the ancient coronavirus, 25 thousand years back.