Erica Berg, a provincial fire information officer, said the evacuation order was issued about an hour after the blaze began but she did not know the size of it. 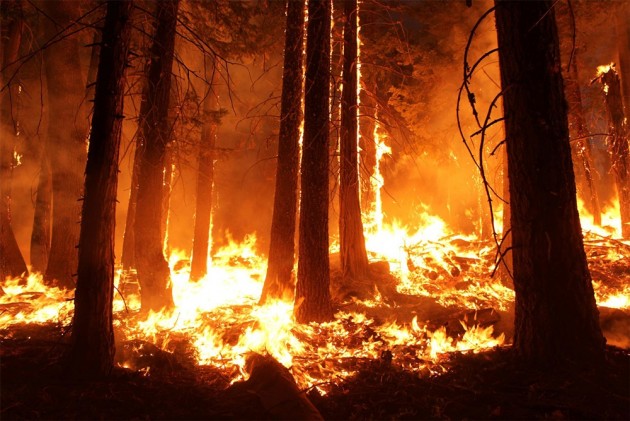 A wildfire amid a record heat wave in western Canada has forced authorities to order residents to evacuate a village in British Columbia that smashed the country's record for hottest temperature three days in a row this week.

Mayor Jan Polderman of Lytton issued the evacuation order Wednesday, saying on Twitter that the fire was threatening structures and the safety of residents of the community, which is 95 miles (153 km) northeast of Vancouver.

"All residents are advised to leave the community and go to a safe location," Polderman said.

In an interview with CBC News, the mayor said the situation was dire for the community of 250 people.

“The whole town is on fire,” he said. “It took, like, a whole 15 minutes from the first sign of smoke to, all of a sudden, there being fire everywhere.”

Erica Berg, a provincial fire information officer, said the evacuation order was issued about an hour after the blaze began but she did not know the size of it.

Highways north and south of the village reported were closed as firefighters also dealt with two other wildfires in the area.

Roughly 15 km (10 miles) to the south in the First Nations community of Kanaka Bar, Jean McKay said she and her 22-year-old daughter, Deirdre McKay, started to panic as the smell of smoke grew stronger.

“I was still sitting there and wondering what to pack, emotionally walking out my door but thinking I'm leaving all this behind.' It's hard. Very hard. When my girlfriend told me her house was burning it really hit home,” McKay said.

There was one memento her daughter couldn't leave behind: “She grabbed my dad's picture off the wall,” McKay said. “I'm telling her, We're walking out and this is the home we built forever and that you guys grew up in.' It's harsh.”