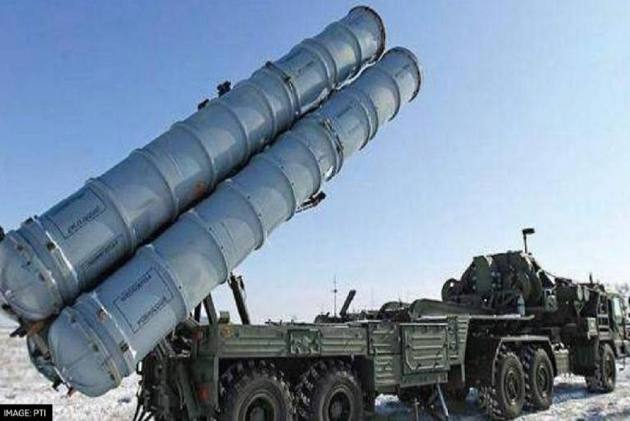 With Russia starting the delivery of the S400-missile system to India this week, the Biden administration is in a bind. Will Washington slap punitive sanctions against India and risk offending a valuable partner, assiduously cultivated by successive US administrations to balance China’s growing political, economic and military clout across Asia? That is at the heart of the current controversy over India’s decision to buy the Russian-made missile system.

India went into the $5-billion deal with Russia in 2018, with its eyes wide open. New Delhi had been upfront all along on this deal. At that time there was tremendous pressure on India by the Trump White House not to purchase the Russian-made system and opt instead for the defence shield provided by US companies. New Delhi was also told about the impending sanctions, in case it went ahead. But Prime Minister Narendra Modi remained firm. He assured Vladimir Putin that there was no question of backing out of the deal. So, India had already made up its mind and now that the delivery has begun, the ball is in America’s court.

``There was no ambiguity on India’s part. The US was well aware that New Delhi was going ahead with the deal. The top leaders including President Biden know this. But the US Congress can be unpredictable, a single objection can sometimes snowball and have a negative effect. Let’s see what finally happens and how this plays out in both Houses,’’ says Harsh Pant of the Observer Research Foundation, a New Delhi-based think tank.

According to a new law with the cumbersome name of Countering America’s Adversaries Through Sanctions Act (CAATSA) passed by the US Congress in 2017, any country working against US interests will be under sanctions. Helping Russian arms sales is not in the US interest. Russia has been in the dog house mainly because of annexing Crimea from Ukraine, for its role in Syria and interference in US elections. The CAATSA was basically aimed at Iran, Russia and North Korea, identified as states hostile to American interests. So, any country purchasing the S-400 automatically comes under US sanctions. Turkey a NATO ally of Washington had also bought the Russian S400 defence system and is now under US sanctions. But the West has always been suspicious of Turkey's Erdogan and sanctions against Turkey, even though it is an ally is not really surprising. In fact, in July, Biden has threatened new sanctions against Turkey.

But sanctions against India is something else, more so with the current state of US-China ties. Though temperatures are expected to come down after Monday’s virtual summit between President Biden and China’s Xi Jinping. However, in the long run, Biden like Trump before him sees China as a rising power ready to challenge US supremacy in a decade or so.

Ironically the US wants India to play the same role that China did for the Soviet Union. The US under President Richard Nixon and Secretary of State Henry Kissinger played footsie with China to counter the Soviet Union during the Cold War era. The 1972 visit by Nixon to China was a pathbreaker. The US began to steadily build up China and provide it with both technology and military ware to take on the Soviet Union. Deng Xiaoping set China on a remarkable growth trajectory in 1978, and further cemented the deal, and set China into a capitalist economy. A little over a decade later in 1991, the Soviet Union collapsed and the rest is history. China took off and the US played ball. Both countries prospered and there seemed to be no looking back, till recently. China under Xi Jinping is the second-largest economy in the world, its military modernisation is complete and a newly confident China is ready to challenge US dominance in the world. Xi’s China is much more aggressive, whether with India on the land border or asserting its dominance in the South China Sea and the larger Indo-Pacific waters. China has also progressed rapidly in technology and is challenging the US in artificial intelligence. All this has rattled the US and has made it determined and challenge its unfettered aggressive moves across Asia.

The US’s strategic pivot to Asia started by President Obama has continued under both Trump and Biden. The India-US civil nuclear deal offered by the former George Bush administration was with this end in mind. India and the US, once on different sides of the Cold War are today close partners and working together at various levels. Their strategic objective in Asia to counter China’s growing clout are similar and the quad has given ties an additional lift. Sanctions against India would jeopardize the growing warmth between the two democracies. “The cost-benefit ratio does not work out for the US. Sanctions will anger India but not stop the deal,’’ says Pant. However, thanks to the fact that Democrats and Republicans are for better ties with India, lawmakers on both sides of the aisle are working towards avoiding the sanctions. Whether they finally succeed is not certain. But the India Caucus is actively hoping to ensure that an exception be made for India.