With No Bullets, Food Or Money, I Had To Flee From War Front: Afghan Commander

Nur Ali Ahmedi was a commander in the Bihsud, a town in Maidan Wardak Province in central Afghanistan that fell to the Taliban between August 14-15. 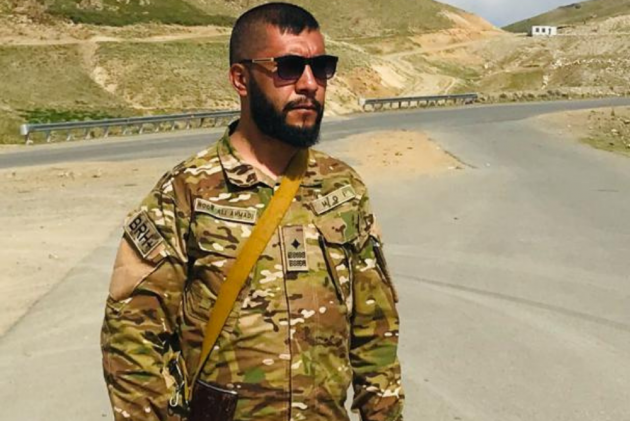 Nur Ali Ahmedi was a commander in the Bihsud, a town in Maidan Wardak Province in central Afghanistan. He fought against the Taliban on August 14 with 84 police personnel but very soon they ran out of arms and ammunition.

When he realised that the Taliban were dominating the war scenes and about to overpower them, they all fled from the war zone and went wherever they found a safe passage.

Ahmedi fled to Kabul and from there after a non-stop journey of six provinces, he crossed the border and reached Iran. He has taken shelter in a Hotel in Mashhad city but his family members are stuck in Afghanistan.

He spoke to Outlook with the help of an interpreter from his hotel in Iran and said that with no food, ration, salary and ammunition, the Afghan army was destined to lose against the Taliban. Excerpts

Were you born and brought up in Bihsud district only where you were serving as a Commander till the Taliban came?

No, I was born in Kabul where I completed my education and joined the police. Five months back, I was posted in Bihsud and there were 84 police personnel under me.

When did the Taliban attack Bihsud?

They attacked us on August 14 from Jalrez, a district in the west of Maidan Shar, Maidan Wardak Province, Afghanistan. We fought against them bravely but after almost 15 hours of battle, we ran short of ammunition for our rifles and tanks. We had no other option but to run away from there. We were very poor in terms of having resources to fight against them. We didn’t get our salaries for the past five months, there was no food available for the troop and there was no backup of ammunition. So, had we stayed there, we all would have been killed. So we all just fled.

Did the Taliban chase to arrest you and your fighters?

They called me on my mobile and asked me to come back. They said that they wanted the details of tanks and guns etc. I knew that it was a trap. I just switched off my phone and fled from a vehicle that I had hired. All 84 of my fighters fled in different directions. None of them were captured so far as I know. Though I am in touch with only three now who are still hiding somewhere in Afghanistan.

How did you reach Iran?

It was a long three-day journey which I completed with a friend. From Bihsud, I came to Kabul then I went to Ghazni. I crossed five more places such as Zabul, Kandahar, Helmand, Farah and Herat. Herat is at the border of Iran. I have a friend who is an influential businessman in Iran. He helped with a visa when I was in Herat. I entered Mashhad city in Iran on August 17. Since then I have been here in a hotel. As I said I am in touch with only three of my guys. I don’t have any news about the rest of them.

While going from Bihud to Herat, you didn’t meet any Taliban militants? Was the journey challenging and unsafe?

Yes, we came across many checkpoints that the Taliban have put up on the borders of various cities and provinces. But fortunately, none of them recognised us. They mistook us for civilians and let us go. We survived on dry bread and dates for three days.

Where are your family members?

I didn’t have time to take them along. I have a joint family of 16 members. I am not sure my family members are safe now or not.  I believe they are just hiding somewhere in Afghanistan.

Now, what do you want to do? Are you trying to regroup and fight against the Taliban? What options you do have?

I really want to fight, defeat and destroy the Taliban and take back my country, but we don’t have any weapons, ammunition, men power, so I cannot do anything for my country. Now I really want a peaceful life.