Joe Biden and the Democrats are now facing a backlash not just from ordinary Americans, veterans and the opposition, but also within the party and its support base. 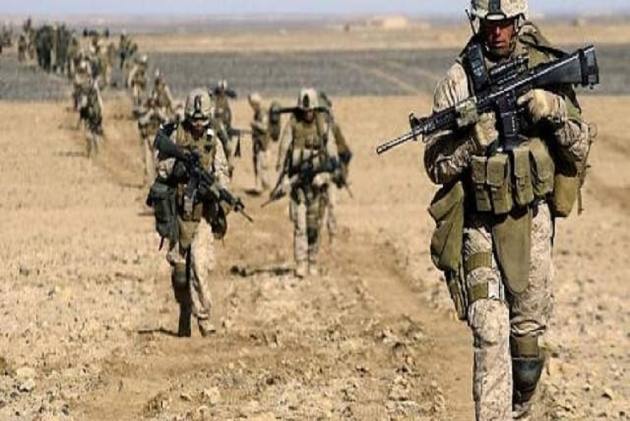 Afghanistan has ruined the reputation of US President Joe Biden. While there is public support for bringing back US troops from an unending war in Afghanistan, the incompetence and mad scramble in Kabul airport, will forever stain the Biden Presidency. Joe-Biden and the Democrats are now facing a backlash not just from ordinary Americans, veterans and the opposition, but also within the party and its support base. Worse, the Taliban victory has given a fillip to terror groups who see this as a victory for Islam. It is also a clear signal to the world not to trust the US.

The evacuation scramble, the scenes of utter chaos in the Kabul airport signalled not a Super Power in action, but a highly incompetent government scrabbling but not succeeding in getting its act together. The Americans have handed over Afghanistan on a platter to the Taliban and left all those that had loyally supported the US-NATO takeover and adopted democracy and western values in the lurch. Many of the Afghan interpreters, those who worked for US companies and women are all fearful of what can happen to them.

The Taliban is now boasting rights for defeating the world’s only super power. The Taliban victory is being celebrated by Islamists across the world to have patience and continue the fight against infidels. The ISIS, Boko Haram, Al Qaeda and Lashkar-e-Toibya and all other such outfits will be invigorated and get a fresh energy to continue the fight for an Islamic Emirate. It is also well known that the Al Qaeda and ISIS as well as the anti-Indian jihadi groups were sighted fighting together with the Taliban.

India is equally unhappy at Biden for backing the US-Taliban agreement signed during Trump’s presidency. India wanted the Americans to remain till a rational political settlement was hammered out between the Afghan government and the Taliban.  For New Delhi, the US and NATO forces were in a position to keep the Taliban at bay and have a measure of control on Pakistan’s activities in Afghanistan. India is naturally concerned about the anti-India groups that Pakistan had sponsored like the Lashkar and the Jaish-e-Mohammad.  India cannot officially react to the mess that the US had left behind in Afghanistan. However, analysts in India all agree that the images of chaos and mayhem at the Kabul airport --- Afghan citizens losing their lives as they try desperately to get on to US military plane --  flashed across television channels and video clips around the world is a blow to the Biden’s reputation. There is anger not just among progressive younger members of the Democratic party but moderate members are also aghast at the evacuation fiasco. ``The fact that Biden has been coming out to explain his position so frequently shows that the White House has not been able to control the narrative,’’ says Harsh Pant of the Observer Research Foundation. ``Biden had dug himself into a hole, we have to wait and see if he can dig himself out of this.’’

``It has been a setback for Biden no doubt at the moment, but whether it will have an enduring impact is hard to say, much will depend on how the situation in Afghanistan finally pans out,’’ says former foreign secretary Shyam Saran.

Once screened and cleared, we will welcome these Afghans to their new home in the United States with open arms. We are a nation that has been strengthened by generations of immigrants adding their unique talents to our American tapestry.

That’s who we are. pic.twitter.com/Ar9nbXU5EY

The question in everyone’s mind is how could American with all the sophisticated gadgets at its command not have read the situation correctly. The administration’s inability to foresee how quickly the Taliban would run-through the Afghan army and capture power, is a   telling indictment of Biden and US incompetence.

Everyone is taking on Biden. From George W Bush, who ordered a regime change in Iraq on the false premise that Saddam Hussain had weapons of mass destruction in his arsenal to Trump and Fox News. After 9/11, it was George Bush who ordered the US and NATO troops to throw out the Taliban in 2001. Bush was recently asked if the drawdown was a mistake by German broadcaster Duetsche Welle, he said ``I think it is, yeah. Because I think the consequences are going to be unbelievably bad and sad.’’

Bush’s brother-in-arms in Iraq and Afghanistan former British prime minister Tony Blair also thrashed Biden. He and Bush were responsible for a long-drawn civil war that killed millions in Iraq. The situation there gave rise to the terror group, Islamic State of Iraq and Syria(ISIS), one of the most brutal Islamic outfits, responsible for major terror attacks in Europe. Blair said on Sunday that the US withdrawal from Afghanistan was wrong and based on an "imbecilic" slogan. He dubbed the decision as "tragic, dangerous and unnecessary".

Biden’s predecessor Donald Trump was delighted at the opportunity to tear into sleepy Joe, ``This will go down as one of the great military defeats of all time,” he said. “This was not a withdrawal. It was a total surrender.” He went on to defend his peace deal with the Taliban and said he had told Mullah Abdul Ghani Baradar: “I said Abdul, anything happens, we are going to rain terror upon you,” he said, noting how he and the Taliban had a conditions-based agreement on withdrawal.

When Joe Biden took over from his predecessor as US president, he was like a breath of fresh air for sections of Americans who were tired of Donald Trump and his unpredictable ways. Biden was hailed as the insider, a man of compassion, someone capable of healing the country and getting people together. He started with a bang. His focus on the pandemic, his desire to respect science in dealing with Covid-19, the rollout of the vaccination program all added to the glow of his presidency. His vast experience of foreign policy soothed US allies across the world. America is back was Biden’s selling card. Today his Afghan policy is in tatters and a New York Times article said that Democrats are afraid that swing voters that powered Biden to victory may desert the party.