'Won't Interfere Between Taliban And Their Opponents In Afghanistan': Russia

Russia said leaders of the Collective Security Treaty Organization member states discussed the standoff and its implications of 'another civil war in Afghanistan'. 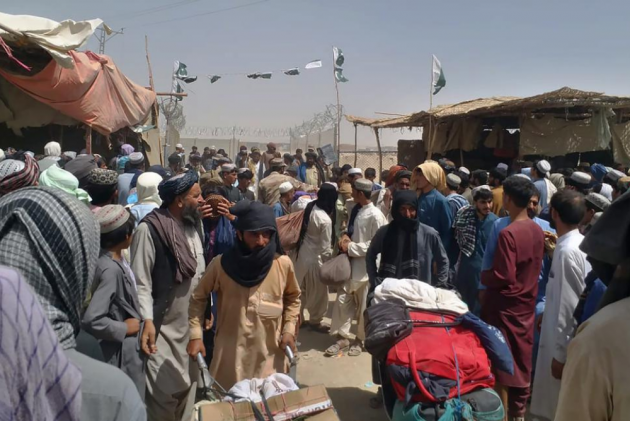 Russia says it will not interfere in the stand-off between the Taliban and their opponents in Afghanistan.

Kremlin spokesman Dmitry Peskov said on Monday that leaders of the Collective Security Treaty Organisation member states discussed the standoff and its implications of “another civil war in Afghanistan".

He says, “Of course, no one is going to intervene in these events.”

Taliban spokesman said Monday the group's forces have surrounded Panjshir, the only one of Afghanistan's 34 provinces that has not yet fallen to the Taliban. Several Taliban opponents have gathered in Panjshir.

They include Amrullah Saleh, the vice president in the toppled government who claims to be the acting president, and Ahmad Massoud, son of the slain commander of the Northern Alliance militias that partnered with the US to drive the Taliban from power in 2001.

Moscow fought a 10-year war in Afghanistan that ended with Soviet troops' withdrawal in 1989 and has made a diplomatic comeback as a mediator, jockeying with the US for influence in the country. It has hosted several rounds of talks on Afghanistan, most recently in March, that involved the Taliban -- even though Russia has labelled them a terrorist organisation. (AP)