Yoga, Ayodhya and Ram are all in a day’s politics for Nepal’s caretaker Prime Minister KP Sharma Oli 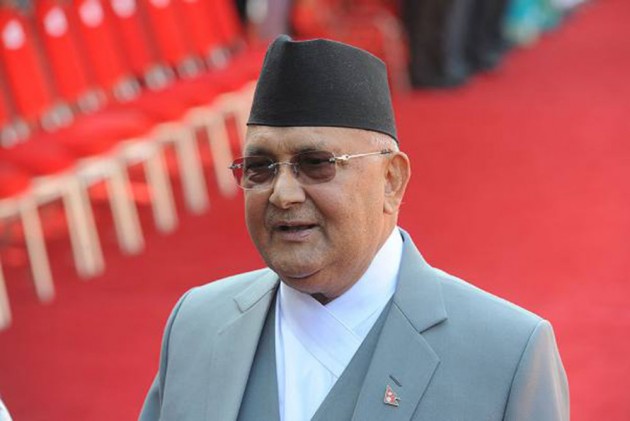 “Much before the existence of India as a nation, yoga was practiced in Nepal. When yoga was discovered, India had not been constituted. There was no country like India then; there were just several fringe states. So, yoga originated in Nepal or around Uttarakhand. Yoga did not originate in India,” Oli claimed according to reports from Kathmandu.

The Nepali leader said this on a day when the world was celebrating yoga day. Prime Minister Narendra Modi’s government is proud of the fact that it had persuaded the UN to declare June 21 as yoga day. It is part of the government’s attempt to showcase the ancient Indian system of physical and mental wellness.

Earlier too Oli had claimed Lord Rama was born not in Ayodhya but in Nepal. This infuriated Hindu bhakts who built an entire political movement centred round Ram’s birthplace. In fact, it was the Ramjanambhoomi movement which catapulted the BJP to power. So Ayodhya, the birthplace of Lord Rama is special to bhakts, who brought down a part of the Babri Masjid to reclaim Rama’s birthplace. Yoga, Ayodhya and Rama are all in a day’s politics for the caretaker prime minister.

He has used every trick in the trade for his political survival. Oli has used both the China and India cards according to his political needs. After India’s alleged blockade of Nepal in 2015, Oli then prime minister turned to embrace China. Beijing’s influence and footprints in Nepal grew under Oli. He took on India in 2020, at a time when India and China were locked in a military confrontation in Ladakh. In a new political map issued in June of 2020 areas that India claims as its own including Kalapani, Lipulkeh and Limpiyadhura were included inside Nepal’s political boundary. Prime Minister KP Sharma Oli got the Nepalese Parliament to endorse the map and won brownie points against his party rivals who wished to throw him out of office.

Later he forgot all about his problems with India, as China tried to play peace maker between rival factions of the ruling Communist party. Just as suddenly he turned to India receiving India’s spy chief Samant Kumar Goel in his office without aides, leading to speculations of a deal. As the squabbling in the party continued and Oli feared he was losing out, he got Parliament dissolved and called for fresh elections. President Bidya Devi Bhandari is a close political ally of Oli. But this decision was challenged and Oli is ruling as caretaker prime minister as the Supreme Court is yet to give a ruling on the 30 petitions challenging Bhandari’s decision to dissolve Parliament.

At the moment, the die-hard Communist is playing the Hindu nationalist card as he looks to woo devout Hindus most of them supporters of the deposed king Gyanendra Bikram Shah to his fold. Oli is playing footsie with the King’s party and hoping as he prepares for fresh elections.

To everyone’s surprise, few months back the man who claimed to have never entered a temple all his life, visited Pashupatinath temple and spent hours offering prayers there.

The Prime Minister is a wily politician and has learnt to keep his opponents guessing. Yoga, Ram and as well as the new political map he had ordered were instruments Oli has used to his political advantage.