Twitter and Facebook announced Monday they had suspended nearly 1,000 active accounts linked to a coordinated influence campaign, while Twitter said it had shut down about 200,000 more before they could inflict any damage. 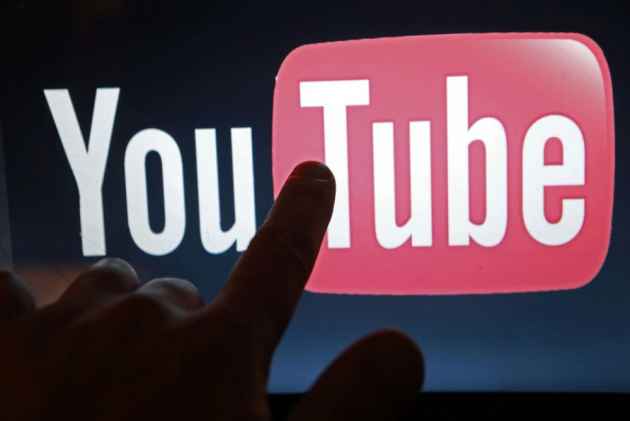 YouTube on Thursday said it disabled 210 channels that appeared to be part of a coordinated influence campaign against pro-democracy protests in Hong Kong.

The action by the Google-owned service came this week as Twitter and Facebook accused the Chinese government of backing a social media campaign to discredit Hong Kong's pro-democracy movement and sow political discord in the city.

"We disabled 210 channels on YouTube when we discovered channels in this network behaved in a coordinated manner while uploading videos related to the ongoing protests in Hong Kong," Shane Huntley of Google's security threat analysis group said in an online post.

"This discovery was consistent with recent observations and actions related to China announced by Facebook and Twitter."

Twitter and Facebook announced Monday they had suspended nearly 1,000 active accounts linked to a coordinated influence campaign, while Twitter said it had shut down about 200,000 more before they could inflict any damage.

"These accounts were deliberately and specifically attempting to sow political discord in Hong Kong, including undermining the legitimacy and political positions of the protest movement on the ground," Twitter said, referring to the active accounts it shut down.

Facebook said some of the posts from accounts it banned compared the protesters in Hong Kong with Islamic State group militants, branded them "cockroaches" and alleged they planned to kill people using slingshots.

Hong Kong, a semi-autonomous southern Chinese city and one of the world's most important financial hubs, is in the grip of an unprecedented political crisis that has seen millions of people take to the streets demanding greater freedoms.

China's communist rulers have warned they may be prepared to deploy force to quell the nearly three months of unrest, and likened violent protesters to "terrorists".

However, they have publicly largely left the city's leaders and police force to try and resolve the crisis.

Behind the scenes online though, the Chinese government is seeking to sway public opinion about Hong Kong, according to Twitter and Facebook.

"We are disclosing a significant state-backed information operation focused on the situation in Hong Kong, specifically the protest movement and their calls for political change," Twitter said.

It said it had pulled 936 accounts originating in China that were spreading disinformation.

"Based on our intensive investigations, we have reliable evidence to support that this is a coordinated state-backed operation," Twitter said.

Because of the bans, many of the fake accounts were accessed using "virtual private networks" that give a deceptive picture of the user's location, Twitter said.

"However, some accounts accessed Twitter from specific unblocked IP addresses originating in mainland China," it said.

"Although the people behind this activity attempted to conceal their identities, our investigation found links to individuals associated with the Chinese government," Facebook said.