World Soil Day holds an important place in the preservation of our environment. On December 5th 2014, 7 years ago, this was celebrated first. This year's theme is, 'Halt soil salinization, boost soil productivity'. 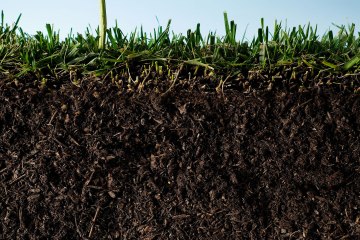 World Soil Day is celebrated on December 5 every year. It aims to bring people’s attention to conservation and sustainable management. The day aims to raise awareness about soil degradation that is a serious environmental problem, referred to the decline in soil condition. Negligence towards environmental norms by industries and mismanagement of agricultural land worsens the condition of the soil. World Soil Day, therefore, highlights the importance of soil for all the terrestrial fauna because the degradation of soil leads to erosion, loss of organic matter and decline in soil fertility.

World Soil Day 2021 (#WorldSoilDay) has itself themed as "Halt soil salinization, boost soil productivity" this year. Through the theme, it aims to raise awareness of the importance of maintaining healthy ecosystems and human well-being by addressing the growing challenges in soil management, fighting soil salinization, increasing soil awareness and encouraging societies to improve soil health.

'No Means, No !' After Landslides, Kinnaur Natives On Warpath Against Hydel Projects

An international day to celebrate soil was recommended by the International Union of Soil Sciences (IUSS) in 2002. Within the framework of the Global Soil Partnership, the United Nations Food and Agriculture Organization has supported the formal establishment of the World Soil Day as a global awareness raising platform.

Soil salinization and sodification are major soil degradation processes threatening the environment and are recognized as one of the most important problems at a global level for agricultural production, food security and sustainability in arid and semi-arid regions.

Salt-affected soils impact soil functions abruptly, such as in the decrease in agricultural productivity, water quality, soil biodiversity, and soil erosion. Soils affected with salts have decreased ability to act as a buffer and filter against pollutants, decreased. Salt-affected soils reduce both the ability of crops to take up water and the availability of micronutrients. They also concentrate ions that are toxic to plants and may degrade the soil structure.