Breathing low quality air can cause stroke. On World Stroke Day experts point out causes, symptoms and ways to prevent it 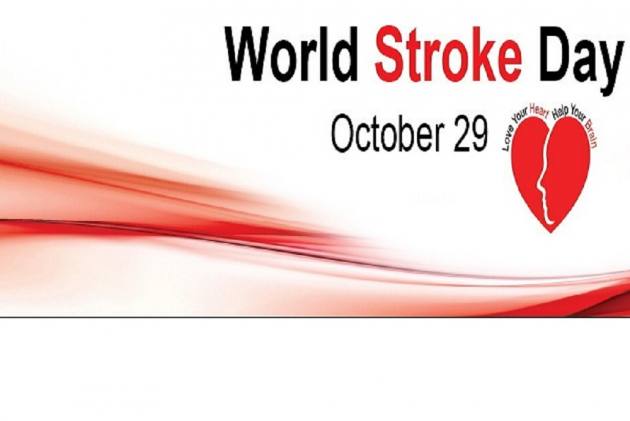 Stroke is a brain attack and is similar to a heart attack. It is the leading cause of death around the world. In a heart attack the blood vessels of the heart gets blocked reducing the blood supply, causing the area of the heart to get damaged. In a brain attack or a stroke, the same process of blocking of the blood vessels to the brain occurs where one part of the brain does not get adequate blood supply and oxygen causing that area to become dead. This results in loss of function. The part of the brain already damaged does not recover and the patient is left with a severe disability for life.

Dr Suryanarayana Sharma , Consultant, Neurologist and Stroke Specialist, Head – Division of Stroke and Neurosonology, BGS Gleneagles Global Hospitals  says “Stroke is the third commonest cause of death worldwide and there is an increase in the number of stroke patients with disabilities every day.  India and China, contribute to 40 per cent of world’s stroke patients. Increased prevalence of diabetes, high blood pressure, heart problems are directly contributing to the increased stroke prevalence. Diet which is high in carbohydrates and fats add to the risk.  There is a pandemic of obesity in our country along with sleep apnea, which adds to the risk of stroke. It’s unfortunate to note that 20 per cent of stroke patients are less than 40 years of age. Stroke in young patients cause significant morbidity and has a huge impact economically as well in the family.  This year, world stroke day 2018 is celebrated with the theme of “#up again after stroke” to reinstate hope among stroke survivors”

The relation between poor air quality and pulmonary disease such as asthma, COPD is well documented and understood. However, most people don’t realize that breathing in the low-quality air can cause a stroke. Stroke is a medical condition in which brain cells die due to the reduced blood supply. A stroke can be caused by blockage or rupture of the blood vessels supplying the brain.

Dr Gaurav Thukral, COO HealthCare at Home said, “Lack of awareness is a major cause of high DALYs in India. In India, overall DALYs lost due tostroke are 795.57 per 100,000 person-years, which is very high. People are unaware of the linkage of stroke with air pollution and often do not take the necessary steps to avoid it. Even after stroke attacks, people underestimate the importance of rehabilitation, which can be the key to complete recovery and low DALYs. The patient who cannot go to hospitals for regular physiotherapy sessions, home healthcare is the solution for them.”

Earlier only one or two cases were reported in a year but now one to two cases are reported every month. Every minute after stroke 1.9 million brain cells (neurons) die and 84km of nerve fibers get permanently damaged. If patients are brought to the hospital within the golden hour of onset of stroke (4.5hrs), various advanced stroke interventions like intravenous injection of clot bursting medications, angioplasty of blood vessels to the brain can reverse the impact of stroke resulting in a good clinical outcome. Awareness about stroke and acting fast is the key to good stroke outcome

Dr. V. P. Singh, Chairman, Institute of Neurosciences, Medanta says, “Stroke can happen to anyone. The common risk factors that causes stroke are uncontrolled hypertension and diabetes, smoking, obesity, high cholesterol diet, sedentary lifestyle and lack of exercise. The same factor causes deposition of cholesterol in the blood vessels of the heart as well as the brain. These factors are quite prevalent and inadequately controlled mainly because of poor public awareness. Patients with acute stroke often do not seek medical assistance on their own, as they are rarely in pain to understand the severity of the disease.”

With good control on blood pressure and diabetes by walking, avoiding junk food, leaving smoking and getting yourself periodically checked can help one avoid stroke. However, with family history, these issues can only be changed to a limit so one has to live with and work it out.

The symptoms of a stroke can vary from person to person and depend on which part of the brain is injured, and the severity of the injury. Since different parts of the brain control different areas and functions, it is usually the area immediately surrounding the stroke that is affected.

Dr. Gaurav Goel, Associate Director, Institute of Neurosciences, Medanta says,  “The most common symptoms of stroke are face deviation or asymmetry difficulty speaking, or slurred speech and difficulty an arm or leg. Strokes can cause sudden weakness and loss of sensation. Some of the other symptoms are headache, blurred vision, sudden visual loss, or temporary loss of vision, but stroke is usually painless. It is very important to recognize the warning signs of stroke and to get immediate medical attention if they occur.”

Vivek Tiwari, CEO Medikabazaar says, “In the past, diagnosis and treatment of stroke were challenging. However, with the advancement in the medical technology and devices, the treatment is possible even in a small town. Advanced CT scan and MRI machines have helped in reaching the diagnosis promptly and advancement in procedures like balloon angiography has made it possible to prevent and treat stroke. The procedure is safer than open surgery and offers better success rates.”

Sadly, despite the medical advancements, stroke has remained one of the leading causes of disability-adjusted life years (DALYs; a measure of time spent in ill health, disability or premature death). Low to middle-income group countries are on the pursuit of becoming developed countries undergoes rampant industrialization leading to excessive air pollution, which is expected to rise in next few decades. Conversely, around 85 per cent of stroke cases occur in low to middle-income group companies, which attributes to high DALYs and deaths.

Dr Manreet Kahlon, COO IVH Senior Care said, “Respiratory conditions are often linked to air pollution, however, in the past decade or so evidence has emerged to link the air pollution to cardiovascular disease. The incidence of stroke is highest among low to medium income group countries because of high pollution on account of industrialization. The importance of condition can be understood by the fact that air pollution qualifies to the top 5 list of risk factor associated with death in India.”

Prevention is better than cure is a cliché that holds true today. With the new information coming out every day, it is important the people adapt themselves accordingly. Using N95 masks while outdoors and using air purifiers at home is the solution for people living in cities with moderate to high pollution. Indoor plants that reduce the pollution also come handy to breathe fresh air indoors.

Once the symptoms of stroke are recognised, the patient must be rushed to a tertiary stroke centre where there are 24/7 in house availability of neuro interventionist, neurologist and neurosurgery team providing inhouse CT scan and MRI. The treatment includes clot busting medications till 4.5 hours or both clot removal using a stent like device up to 24 hours.  This can change the patient’s lives after a stroke attack.

To choose the most appropriate treatment for your stroke, the medical expert needs to identify the type of stroke you're having, and the areas of your brain affected by the stroke.