Tashigang falls in the Mandi parliamentary constituency where all 47 voters turned up to vote for the crucial bypoll elections.

The world’s highest polling booth Tashigang, located at a height of 15,256 feet in the cold deserts of Spiti in Himachal Pradesh, recorded 100 per cent polling as all 47 voters exercised their voting right at the local booth. 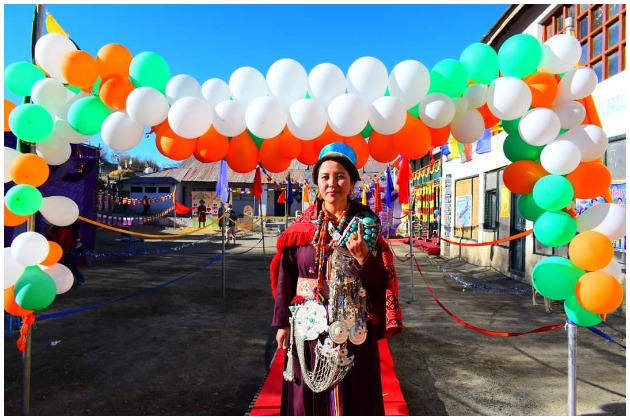 (Tashigang was declared a model polling booth by the EC)

The polling was held in Mandi parliamentary constituency and three other assembly constituencies – Arki (Solan), Fatehpur (Kangra) and Jubbal-Kotkhai (Shimla) which went to bypoll on Saturday.

The reports reaching Shimla from Mandi and the three assembly constituencies indicate a trend against the incumbent government on the issue of the price.

The bypoll is seen as an acid test for Chief Minister Jairam Thakur and is bound to give Congress enough ground to build up an anti-BJP narrative in the state if the results go in its favour.

Chief Electoral Officer (CEO) C Paulrasu said that polling was conducted peacefully and no untoward incident was reported, during the polling hours. There were long queues of the voters waiting for their turn since morning.

The iconic 104-year-old man of Kinnaur – Shyam Saran Negi, who is Independent India’s first voter, was accorded a red carpet welcome at the Kalpa polling booth. He was accompanied by his three generations including two grandchildren, both first-time voters. 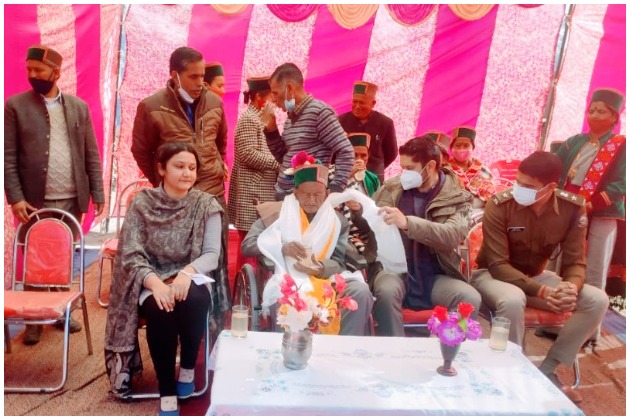 Negi was honoured by Deputy Commissioner Kinnaur Apoorv Devgan at the booth who appreciated the former's commitment to voting in every election since 1951.

In Spiti, the mood was jubilant with women and men reaching the polling station dressed in their traditional costumes, usually worn during festivals and rare occasions. The women were seen dancing and singing in celebration. 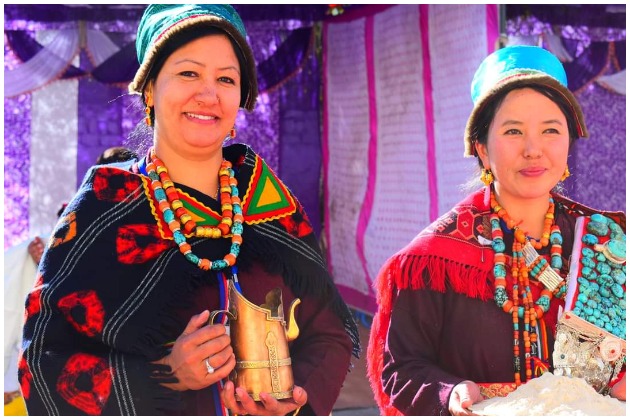 Tashigang, which was declared as a model booth by the Election Commission (EC) , was specially decorated, adding a visual bonanza to the the poll festivities.

The voters were accorded a warm welcome as per Buddhist traditions.

The call for poll boycott, however, had an impact on voting in Kinnaur. Not a single voter went to the polling booth at Rarang, Jangi and Apka as a mark of protest against the upcoming 804 MW Jangi Thopan hydel project, which is seen as a threat to the local environment and biodiversity in the high altitude tribal district.

Meanwhile, Chief Minister Jai Ram Thakur thanked the voters for their participation in the bypolls and hoped that the BJP will win all the seats, especially Mandi with comfortable margins