The homologation special of the Panigale V4 produces 220PS, making it the most powerful naturally aspirated road-legal motorcycle 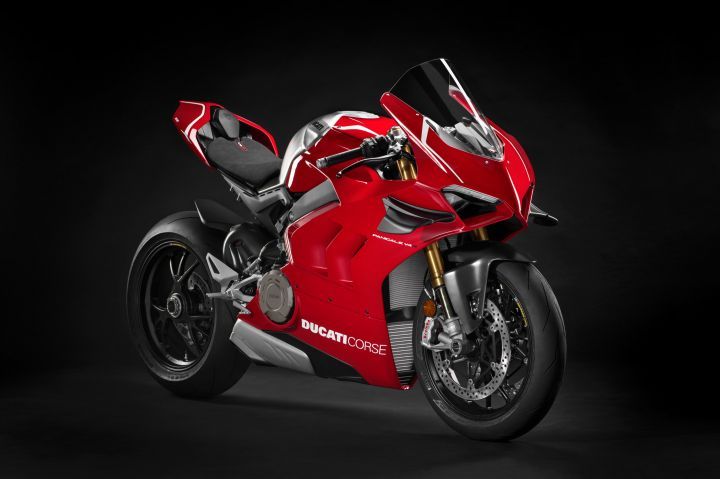 After its global unveil at EICMA 2018, Ducati India has launched the homologation special Panigale V4 R at an eye-watering price of Rs 51.87 lakh, ex-showroom India. There are only five pieces allocated for India and bookings for the same have begun across all Ducati dealerships across the country. Deliveries for those who have booked the V4 R prior to November 30 will take place in the first quarter of 2019 and if there are requests after the above date, the bike will be available in Q2 of 2019. 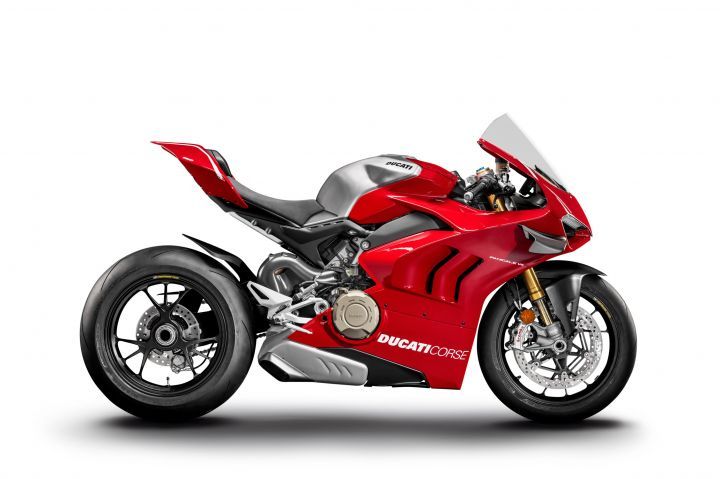 Ducati made a seismic shift by switching from a V-twin motor to a V4 for their next generation of Panigales. The 1103cc V4 motor was powerful enough to meet Ducati’s performance heritage while also meeting the necessary torquey characteristics to make it suitable for road usage. However, they had to shorten the stroke in order to comply with WSBK regulations. Thus, the revised motor has a cubic capacity of 998cc. But the power is bumped up to 220PS, which makes the Panigale V4 R the world’s most powerful road-legal bike that is naturally aspirated. 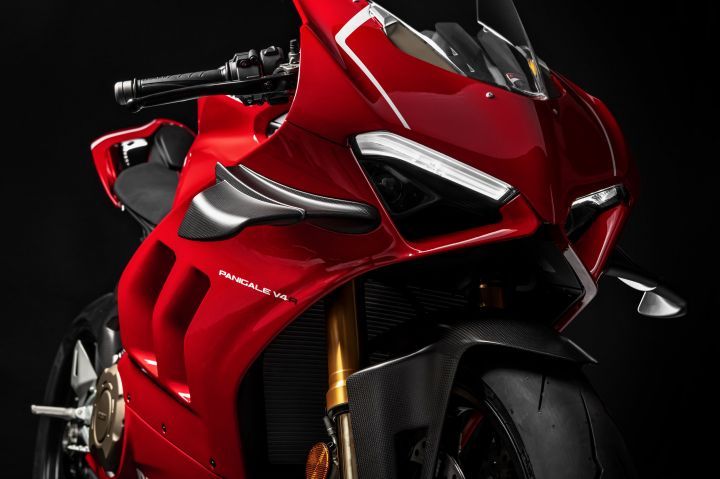 More so, it gets a new aero package, made from carbonfibre no less, which is developed by Ducati Corse to improve the cooling and aerodynamic efficiency of the motorcycle. It also gets wings which are now legal in WSBK. Overall, it is a more aero efficient motorcycle than Ducati’s current MotoGP Desmocidici GP18 machine.

In addition to the aero bits, Ducati has also specced the V4 R with Ohlins suspension, lightweight forged Marchesini wheels and high performance parts to suit its peaky performance. This makes the V4 R a whole two kilos lighter than the V4 S, tipping the scales at 193kg.

• Bookings are currently open across all Ducati dealerships

21st Nov 2018, New Delhi: Luxury motorcycle brand Ducati, today announced the launch of Panigale V4 R in India at an introductory price of INR 51,87,000 (ex-showroom India). Embodied with the maximum expression of Ducati values, racing-inspired livery and Ducati’s racing DNA, the new Panigale V4 R is a symphony of emotions and the most powerful production bike ever.

Panigale V4 R will be limited to 5 units in India and bookings for the motorcycle are now open across all Ducati dealerships in India. For bookings made before November 30, 2018, deliveries will commence in the early part of Q1 2019 – for all bookings post November, deliveries will begin in Q2 2019.

Sergi Canovas, Managing Director of Ducati said, “Riding on track is becoming more and more popular here in India. I myself saw firsthand some top talent participate at our DRE as well as the recent National cup. Panigale V4 marked an important era in Ducati’s racing journey globally and Panigale V4 R is the true embodiment of Ducati values: style, sophistication and performance. After the overwhelming response of Panigale V4 in India, we are confident that the Panigale V4 R will disrupt the racing and riding experience of biking enthusiasts in India. Merged with the essence of the Panigale V4 S and Ducati’s racing DNA, Panigale V4 R is an ultimate road-legal race bike which will definitely set a new paradigm in the motorcycle industry.”

The Panigale V4 R is a road-legal WSBK category racing bike and constitutes the technical platform for the official Ducati Superbikes that will compete in the 2019 season. The 1,103 cm3 90° V4 engine has been replaced with the 998 cm3 Desmosedici Stradale R which brings it within the displacement limits established by WSBK championship rules.

The bike features a new fairing incorporating wings elements of MotoGP origin. It also has race- grade Öhlins suspension with mechanical adjustment and an aluminium swingarm with an adjustable four-position axle. Moreover, the Front Frame has been modified to achieve the stiffness targets set by Ducati Corse. Sophisticated electronic controls borrowed from the Panigale V4 S now have revised threshold levels to make them more compatible with pro rider requirements.

The modifications extend far beyond the engine and suspension set-up: for the first time they also include an Aero Pack designed directly by Ducati Corse in close collaboration with the Ducati Style Centre to improve on-track aerodynamic efficiency.