Would Love To Do Something In Bollywood With Shah Rukh Khan: Ed Sheeran

Sheeran, who is India as part of the Asian leg of his "Divide" tour, performed in Mumbai on Sunday night. 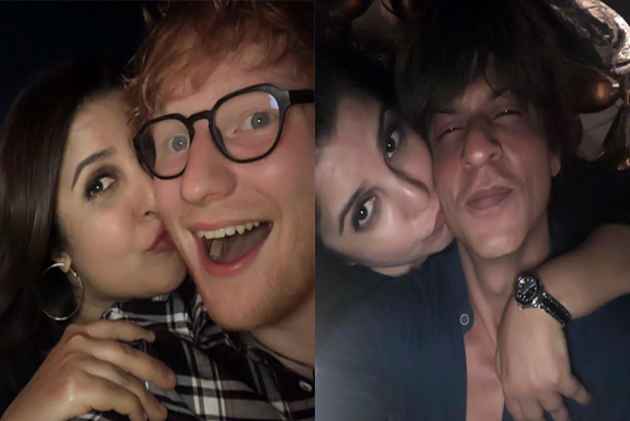 British pop sensation Ed Sheeran has seen Bollywood movies and would love to collaborate with superstar Shah Rukh Khan for a musical number.

Sheeran, who is India as part of the Asian leg of his "Divide" tour, performed in Mumbai on Sunday night.

Ahead of his concert, the musician partied with Bollywood stars such as Shah Rukh, Shahid Kapoor-wife Mira and Malaika Arora at a party which was hosted by director Farah Khan.

"I have seen Bollywood films such as '2 States', heard some songs and seen some actors. I would love to do something in Bollywood... Maybe with Shah Rukh Khan. It will be something in their (Bollywood) style," Sheeran told PTI.

The 26-year-old singer, who calls music his life, said he had a great time in India.

"I love being here. The culture is completely different, the music, food, clothes, people, everything is so good. I am having a great time here," he said about his visit.

Fans in India went overboard when his mega-hit "Shape of You" and came out. They came up with different covers of the song. Sheeran says he embraces all the versions.

"Yes, I was aware of it and I loved it. Another culture, where I saw this happening was the Caribbean. They had a lot of versions. I embrace it all."

The Grammy-winning artiste, however, is surprised that people are interested in his music when they already have "great Hindi music" here.

Though he recently suffered fractures in his right wrist and left elbow in a bicycle accident and cancelled few concerts, Sheeran did not disappoint his Indian fans and kept his date with Mumbai.

The concert was organised in association with PR Worldwide and ticketing portal BookMyShow, which also gifted him a kurta, with 'Divide' written in Hindi, designed by Farzana Cama Balpande of BookASmile.