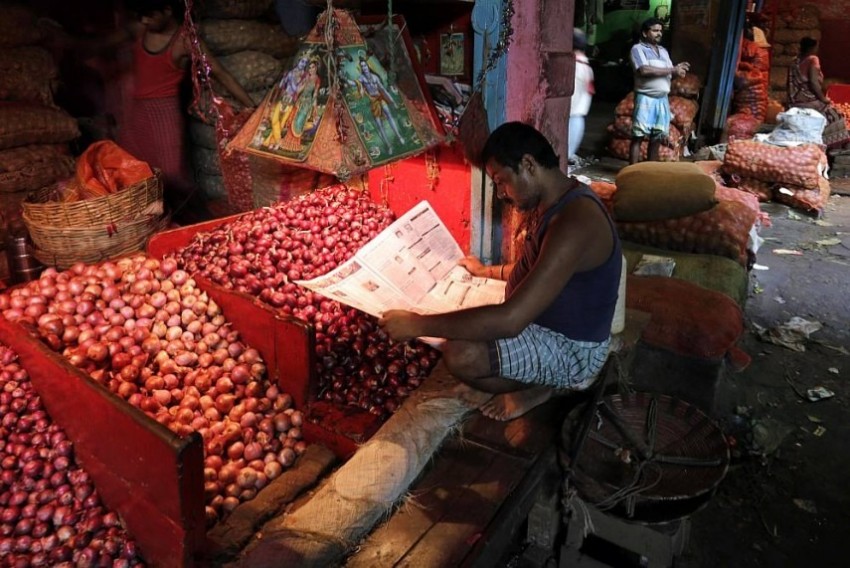 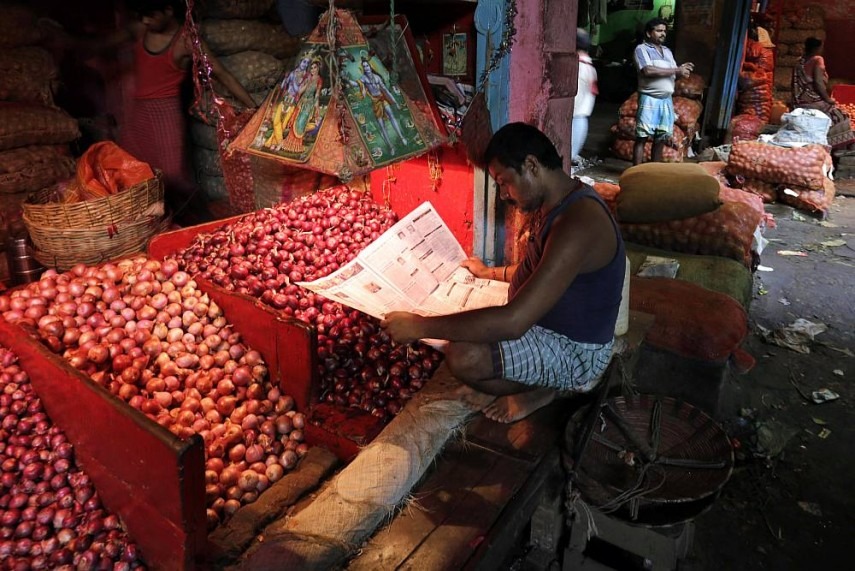 Inflation at the wholesale level rose to 6-month high of 3.59 per cent in October as the prices of food articles, led by onions and vegetables, rose sharply.

Inflation, based on the Wholesale Price Index (WPI), was 2.60 per cent in September.

Last month's inflation was the highest since April, when it was 3.85 per cent.

The government data released today showed that inflation in food articles more than doubled to 4.30 per cent in October.

For vegetables, it soared to 36.61 per cent last month as against 15.48 per cent in September.

In case of onions, inflation skyrocketed to 127.04 per cent, while for the eggs, meat and fish segment the rate of price rise was 5.76 per cent.

Inflation in manufactured products saw a slight dip to 2.62 per cent, as against 2.72 per cent in September.

In the fuel and power segment, inflation rose to 10.52 per cent, as against 9.01 per cent in September.

Pulses continued to witness deflation at 31.05 per cent. Likewise, in potato deflation was at 44.29 per cent and wheat at 1.99 per cent.

The final print of August WPI inflation remained unchanged at 3.24 per cent.

As per the Consumer Price Index (CPI) data released yesterday, retail inflation for October rose to a 7-month high of 3.58 per cent on costlier food items, especially vegetables.

Besides, industrial production for September expanded at 3.8 per cent, on poor showing by the manufacturing sector coupled with decline in consumer durables output.

Last month, the Reserve Bank kept benchmark interest rate unchanged on fears of rising inflation while lowering growth forecast to 6.7 per cent for the current fiscal.

RBI also raised its inflation forecast to the 4.2-4.6 per cent range for the rest of the current fiscal as against 4-4.5 per cent previously.