Emperors had men incurring their displeasure trampled by elephants. The civilized modern state hangs them. But why is that all attributed to 'Raj Dharma'? 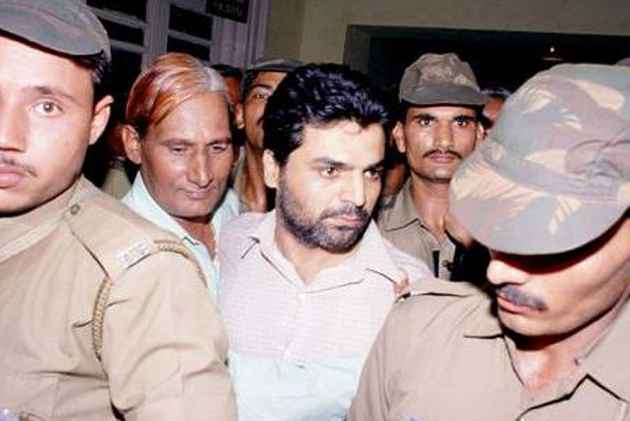 The imperious words of Supreme Court judge Anil Dave, who declared in open court that it was 'Raj Dharma' to punish the guilty, will ring in my ears for a long time. Also those of the Attorney General Mukul Rohatgi, who told the court, more specifically to Justice Kurian Joseph, "You are delaying the inevitable. This man has to go to gallows." Both were opposing petitions filed for staying the execution of Yakub Memon, convicted for the Bombay blasts in 1993. Would 'Raj Dharma' require sending Maya Kodnani and Babu Bajrangi also to the gallows?

Justice Dave had famously declared that had he been a dictator he would have forced everyone to read the 'Gita'. He clearly sees himself as Krishna goading the not-so-reluctant Arjuna in the form of Rohatgi to go ahead and do what must be done to uphold 'Dharma'. But 'Raj Dharma' also involves delivering justice. And if one goes carefully through media reports in the last few days, one cannot help but be troubled by several questions, questions which neither the judge nor the Attorney General are even prepared to discuss, let alone consider.

The most troubling of them all is why Yakub Memon was sentenced to death when the charge of criminal conspiracy against him, proved by association, does not even carry the sentence of death.

When the Babri Masjid was demolished in December, 1992, he was in Mumbai. When riots broke out in the city in December-January, 1992-93 and over 900 people were killed, a majority of them Muslims, the Gujarati from Kutch was again there in the city. But when 13 bombs went off in March, 1993, killing over 250 people he was in Dubai.

The prosecution claimed that Memons masterminded the blasts, planned it and then fled two days before the actual operation. Their lieutenants went ahead to carry out the blasts, knowing well that the well-heeled Memons, the Generals so to say, were not even in the country.

The Memons' version was that they were frequent visitors to Dubai, where almost half the family apparently lived. And since the situation in Mumbai was vitiated and Yakub could not even attend his office, and so the family decided to get away.

But since none of the Memons was present in the city and it could not be proved that they had planted or detonated the bombs, they could at best be implicated for criminal conspiracy. The family itself seems to have accepted that one of the brothers, Tiger Memon, was the mastermind and had taken the help of the ISI in smuggling in the bombs.

But punishment for criminal conspiracy is not death. And Supreme Court judge Kurian Joseph was right in asking how in that case Yakub Memon was sentenced to death in the first place. It is strange that the point did not come up earlier.

In fact the Attorney General Mukul Rohatgi argued that even the Supreme Court could not raise the question after all legal remedies had been exhausted. Justice Anil Dave agreed with Rohatgi and saw no merit in the petition. According to reports when counsel for Yakub Memon pleaded, "I am in agony", Justice Dave chillingly retorted, "Let us put an end to the agony".

To an ordinary citizen, it seemed surreal. Was the AG arguing that even if there were procedural lapses, the Supreme Court of India must go by past mistakes, the letter of the law and not its spirit? That even when the court realises a mistake was made, it cannot correct it? Is this the system we have devised to administer justice? If so, God save us.

The perverse nature of the conviction is also disturbing because while as many as 100 accused have been convicted for Mumbai blasts (and none for the riots), Yakub Memon is the only one to receive the death sentence. So the man who was not even present in the country when the bombs were detonated is to be hanged but those who planted them in the first place can be allowed to get away?

There are many more questions which remain unanswered.

Take a few of them:

Does good behaviour count? All over the world prisons are designed to reform convicts. And good conduct leads to remission of the sentence. During the 20 years or so that Yakub Memon spent in prison, he is said to have acquired two Master's degrees. But that does not seem to have impressed the courts or the Constitutional authorities.

The fault must lie with us. People get the Government they deserve.