Errr… no, you don’t actually get the same 20+ PS scooter Yamaha India uses in its rallies 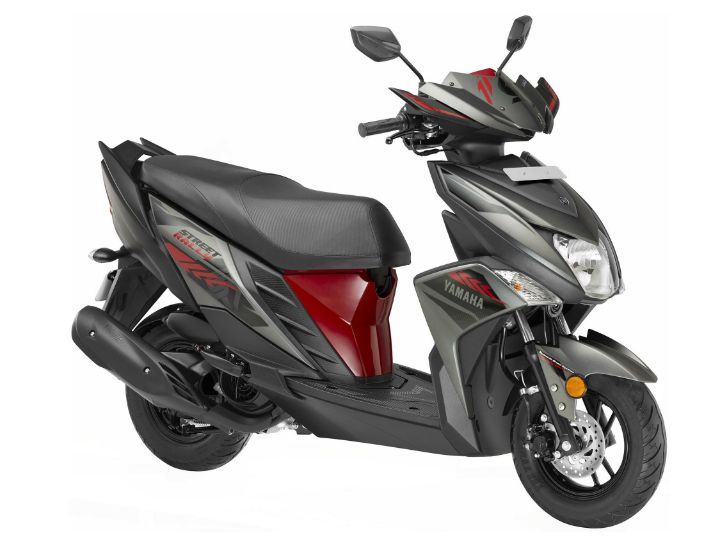 What you do get though are some additional features along with ‘Rally’-inspired livery. Combine them together, slap it onto the existing Yamaha Ray ZR and voila, you have a “sportier” scooter. Lately though, the trend for such sporty scooters have gained traction, especially in urban areas, as they offer the convenience of an auto transmission while being a style statement. The Ray ZR, launched back in April 2016, for example, locked horns with the Honda Dio. Yamaha took this platform and added a little oomph to it in the form of the Street Rally Edition. Here’s what the scooter’s all about:

Design -
The Street Rally edition of the Yamaha Ray ZR gets a new headlight fairing, which Yamaha refers to as ‘Wing Style.’ Its V-shaped angular design is inspired from Yamaha’s naked sports bike, the MT-09. Its smart design also extends to the top of the handlebar, thus acting as a wind deflector of sorts. The two horn-like extensions on either side of the fairing are termed as ‘Knuckle Guards’ by the Japanese firm. Funnily enough, they won’t really protect your hands from a physical impact in case of an accident.

Moving on, the sporty rearview mirror design on the Street Rally edition is inspired from the FZ25. Moreover, to set the tone of a ‘Rally-Styled’ scooter, Yamaha will offer the Ray ZR Street Rally Edition in two exclusive liveries: Rally Red and Racing Blue. The rest of the scooter’s panels and bodywork remain unchanged. 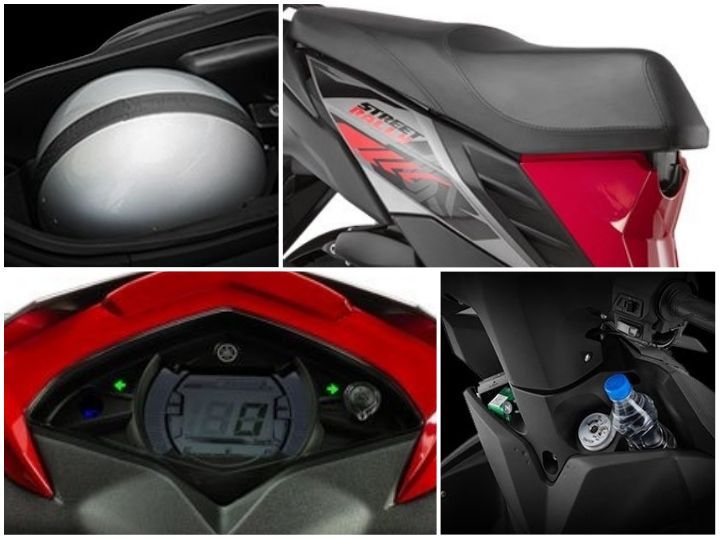 On the feature front, the Yamaha Ray ZR Street Rally Edition packs a fully digital instrument console, similar to the one seen on the Cygnus Alpha. The two cubby holes found on either side of the front apron can accommodate half-litre bottles of water and other small essentials while the underseat storage extends the repository by 21 litres. Additionally, you get a utility hook below the seat.

For better comfort, Yamaha has bestowed the single-piece seat on the scooter with 10mm of additional cushioning while also raising the pillion seat for better ergonomics. Much like the standard model, the Rally Edition gets an underseat fuel filler cap instead of an external one, which would’ve made life much simpler. Ground clearance remains unchanged at 130mm. 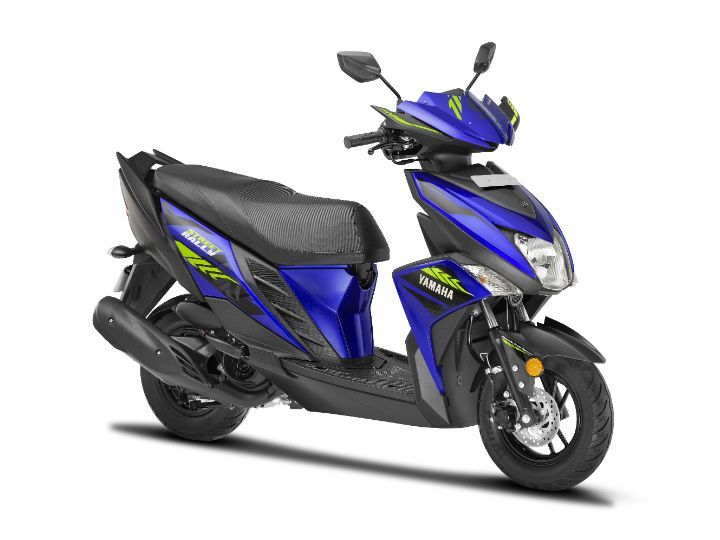 Both the standard variant and the Rally Edition share the same engine: a 113cc, single-cylinder, Blue Core motor that makes 7.1PS at 7500rpm and peak torque of 8.1Nm at 5000rpm. As for Yamaha’s patented ‘Blue Core’ technology, it essentially reduces power loss while improving cooling and combustion efficiency. With this smart tech, the scooter is able to achieve a company-claimed efficiency of 66kmpl.

Underpinnings -
Not much has changed here either. The Yamaha Ray ZR Street Rally employs the same telescopic forks up front and a single shock absorber at the rear. As for braking duties, Yamaha offers a 170mm front disc with a single-piston caliper as standard while the rear gets the same drum brake. Its blacked out 6-spoke, 10-inch alloys are shod with 90-section tubeless tyres at both ends.

All things considered, the Ray ZR Street Rally Edition’s youth-oriented sporty design gives it a competitive edge over its rivals.