They alleged "criminal misconduct" by high public functionaries in the Rafale fighter jet deal between India and France. 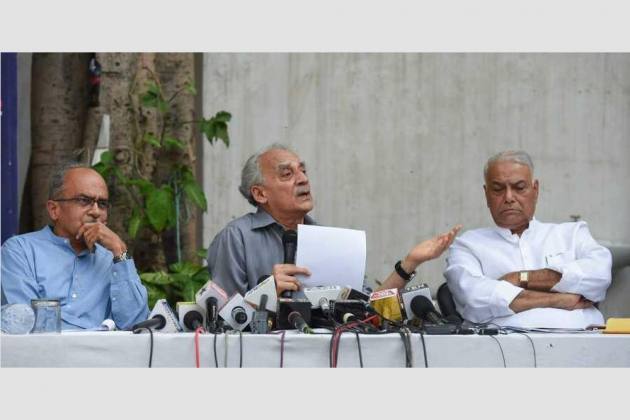 They also sought a direction to the CBI to investigate the offences mentioned in their complaint in a "time-bound" manner and submit periodic status reports to the apex court.

The complaint was filed on October 4 with the CBI after their meeting with CBI Director Alok Kumar Verma, who was late Tuesday night directed by the Centre to proceed on leave in the wake of feud with his second-in-command in the agency Rakesh Asthana.

The petition by the trio came two weeks after the apex court had on October 10 asked the Centre to provide details of the decision making process in the Rafale deal with France in a sealed cover by October 29.

It had clarified that it does not want information on pricing and technical particulars.