Yashwant Sinha Is Using 'Low Level Language' Against The Party Which Gave Him Everything: Ravi Shankar Prasad 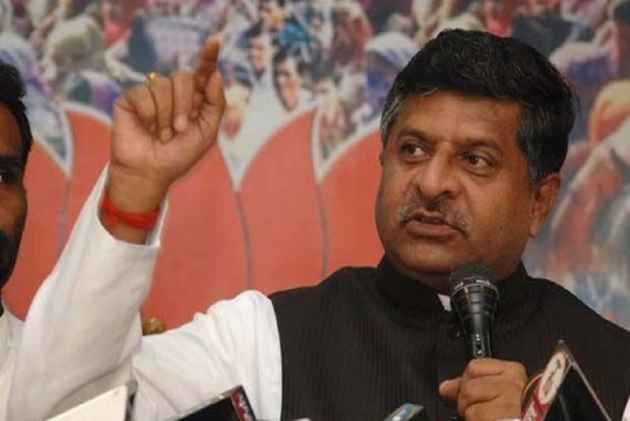 Union minister Ravi Shankar Prasad on Friday came down heavily on former finance minister Yashwant Sinha over his critique of the state of economy under the NDA government, saying the senior BJP leader is using "low level language" against the party which "gave him everything".

Prasad said the BJP was pained by Sinha's language and asked him to introspect about what the party gave him.

In a retort to Prime Minister Narendra Modi's remarks that some people were spreading pessimism like Shalya, a character from the 'Mahabharat', Sinha said yesterday he was like Bhishma and he would not allow anyone to "disrobe" the economy.

"He is using such a low level language for a party which gave him everything. Though he came from another party, BJP made him finance minister, external affairs minister, Bihar unit president, leader of opposition in Bihar," Prasad told reporters during a press conference here.

"When he lost the 2004 Lok Sabha polls, we sent him to the Rajya Sabha and appointed him as BJP's national vice president. Despite this, he is now using such language for the BJP. And, Modiji is a respected leader and the entire country is proud of him. We are deeply pained by Sinha's comments and I condemn it," Prasad told reporters.

Asked about Congress vice president Rahul Gandhi's criticism of Modi on the state of the economy, the Union minister for information technology said sarcastically that Gandhi was referring to the previous UPA dispensation.

"Rahul was referring to the 10-years of Congress rule. Though an economist (Manmohan Singh) was the PM during their rule, the economy was in shambles due to various scams, such as the 2G, the CWG, coal and many more. Today, no one can point finger on us after three years. This is the difference," Prasad said.

Yesterday, Gandhi questioned Modi's assertion that the economy was on a firm footing and said the prime minister was "dreaming".

Prasad, who also holds the law and justice portfolio, was in Gandhinagar to participate in the 'Gujarat Gaurav Yatra' organised by the state unit of the BJP.

He declined to comment on BJP leader Subramanian Swamy's suggestion that former Gujarat chief minister Anandiben Patel be projected as the next CM candidate in the assembly polls in the state due later this year.

When his attention was drawn to news reports that there had been massive layoffs by IT companies recently, Prasad said he does not agree with that assessment.

"In the last three years of Narendra Modi government, 100 mobile manufacturing factories have come up. Top IT companies like TCS, Infosys and Wipro have also confirmed that they are hiring more and more as per Nasscom report," he said.