Fazed by repeated media queries pertaining to the ex-gratia, Singh hinted that no announcement will be made today. 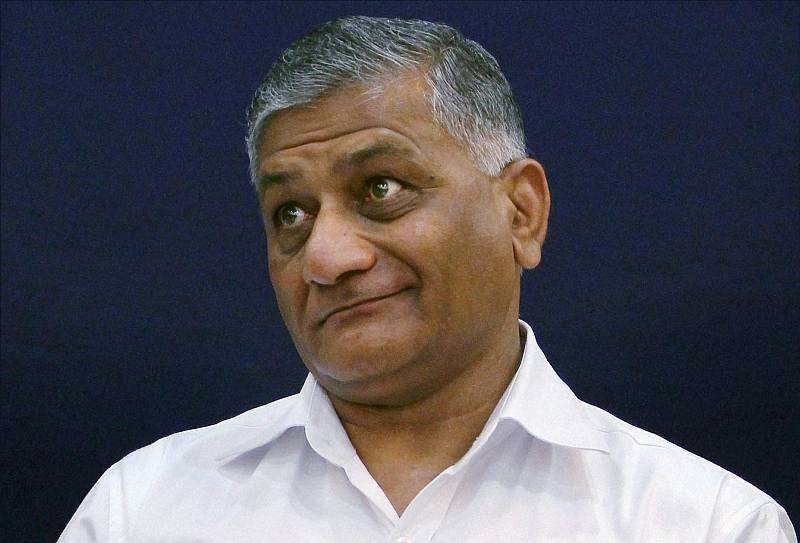 As the mortal remains of 38 Indians killed by Islamic State militants in Iraq arrived at the Amritsar International Airport on Monday, the Centre stayed away from announcing compensations for the victims' families.

Fazed by repeated media queries pertaining to the ex-gratia, Singh hinted that no announcement will be made today.

"Main abhi elaan kahan se karoon?Jeb mein koi pitaara thodi rakha hua hai? (How do I make announcement? Am I carrying a magic box in my pocket?)" he told the reporters.

The state government has, however, announced a compensation of Rs 5 lakh per family of the victims. Addressing the media on Monday, Punjab minister Navjot Singh Sidhu said one person per family will also be given a job and the current pension of Rs 20,000 will continue.

Singh had left for Iraq yesterday to bring back the mortal remains of the Indians, killed in the war-torn country.

While the remains of the 31 men belonging to Punjab and Himachal Pradesh were received at the Sri Guru Ram Das Jee International Airport in Amritsar, the rest of the bodies would be flown to their respective places in Patna and Kolkata to be handed over to their relatives.

Out of these, 27 belonged to Punjab while four hailed from Himachal Pradesh.

Sidhu was also present at the airport.