They are bright and brilliant and still in school: five kids who made a mark in 2021 despite the pandemic and other odds. 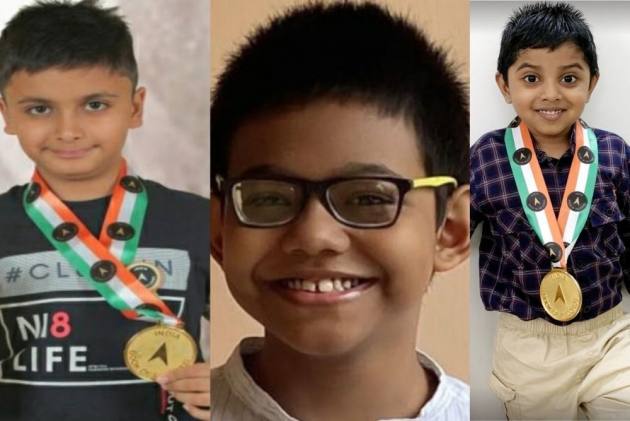 The Coronavirus lockdown along with online schools have pushed children to a world void of fun and frolic. However, the scare of the second wave and taxing schools hours could not hold back these little ones from hitting the news with their extraordinary abilities.

With the year drawing to an end, here are a few child prodigies who were a step ahead of us in 2021.

At the age of 10, Kolkata’s Reyansh Das startled the entire world by authoring a whole book on Astrophysics in July, early this year. The book titled, ‘The Universe: The Past, The Present And The Future’, holds discussions around the importance of science and astrophysics. The book talks about a theory that says there are many universes, differences between Albert Einstein and Isaac Newton, the future of the universe, the life cycle of stars, the solar system, and so on.

Amazing: Reyansh Das has startled the entire world by authoring a whole book on Astrophysics just at the age of 10.

The book titled ‘The Universe: The Past, The Present And The Future’ talks about the importance of science and astrophysics. pic.twitter.com/7sYkkgdFCP

Delhi resident Vivaan Gupta became the fastest to recite 15 shlokas of Shiv Tandav Stotram in just 55 seconds and 29 milliseconds. The 9-year-old student from Bal Bharati Public School, Pitampura entered the India Book of Record and granted the title in April, this year. Vivaan's name is already registered in the India Book of Records and Asia Book of Records for being the youngest to have travelled to all seven continents of the world, according to local media.

Vivaan Gupta of #NewDelhi set the record for being the #fastest to #recite #ShivTandavStotram. He recited 15 Sanskrit shlokas of Shiv Tandav Stotram in just 55 seconds and 29 milliseconds, at the age of 9 years, 9 months and 20 days.
Read At: https://t.co/sV4f9Z2uEw pic.twitter.com/2mqb8mmP6P

The record for the youngest to travel seven continents was set by Vivaan Gupta (born on June 6, 2011) of Paschim Vihar, Delhi. He visited the last continent, Australia on June 6, 2019, at the age of 8 years, as confirmed on August 6, 2019. pic.twitter.com/dooTo7LVvS

8-year-old Atharva R Bhat from Bangalore in March, early this year, bagged the Guinness World Records (GWR) title after he solved three Rubik cubes simultaneously with his hands and feet.

A video, that was shared by Guinness World Record, showed Atharva completing the task in about 1 minute and 29.97 seconds, 6 seconds higher than the previous world record holder.

Atharva is a student of the GWR cube-solving greats. He draws his inspirations from Krishnam Raju Gadiraju and Jianyu Que (China) for the achievement of the Guinness World Records title.

Aarna Gupta from Haryana’s Panchkula district achieved the world record of ‘most airlines identified by their aeroplane’s tail in one minute’ on July 1, 2021, in the International Book of Records. Aarna has the talent of identifying numerous airlines by their tail. In one minute, the 6-year-old girl identified 93 airlines.

4-year-old Pranav Vallathai recently set a world record in the India Book of Records by identifying 134 creatures, including dinosaurs, within five minutes. Vallathai from Kerala bagged the record by identifying the animals on the screen in the given time. Son of Kozhikode Eranhipalam native Vipin Vallathai and Sini Viswanath, Vallathai always found his interest in identifying different species.