'Yes, I Have Met Hafiz Saeed, I Am His Biggest Supporter, Lashkar-e-Taiba Is Active In Kashmir': Pervez Musharraf

He also he was always in favour of using the Pakistan-based terror outfit to “supress” the Indian Army. 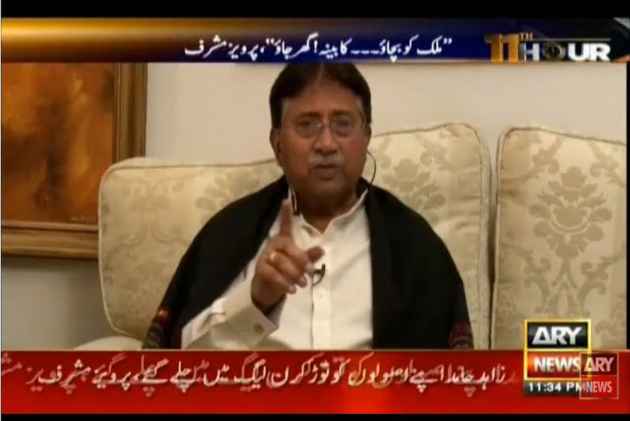 Pakistan’s former president General Pervez Musharraf said he is the “biggest supporter” of Lashkar-e-Taiba and accepted that the militant group is active in the Kashmir valley.

He also he was always in favour of using the Pakistan-based terror outfit to “supress” the Indian Army. The former Pakistani dictator also said he has met LeT founder and Jamaat-ud-Dawah (JuD) chief Hafiz Saeed, who is also the 26/11 Mumbai attacks mastermind.

In an interview to Pakistani TV channel ARY News, Musharraf, who is currently in exile in Dubai, said: “I am the biggest supporter of LeT and I know they like me and JuD (Jamaat-ud-Dawa) also likes me.” He also answered “yes” on being asked if he likes Saeed, adding, “I have met him”

“Yes, they (LeT) are involved in Kashmir. In Kashmir, it is between us and India. I was always in favour of action in Kashmir and they (LeT) are the biggest force,” he said, railing against the fact that “India got them declared as terrorists by partnering with the United States.”

I am the biggest supporter of LeT and I know they like me & JuD also likes me: Pervez Musharraf to Pakistan's ARY News, also said 'yes' on being asked if he likes Hafiz Saeed, added that, 'I have met him (Hafiz Saeed)' pic.twitter.com/txxT58oPoU

The US has also branded Saeed a terrorist and put a $10 million bounty on Saeed's head after the 2008 Mumbai terror attack. Musharraf claimed Saeed was not involved in the Mumbai terror attack in 2008 because Saeed "himself denied the charges" of being the attacks' mastermind.

Interestingly, it was the Musharraf government that banned LeT in Pakistan in 2002.
"We had banned LeT because the situation was different at that time. We were moving towards peace and as such I thought we should reduce 'mujahids' (religious warrior) and increase political dialogue and frankly I had very less knowledge about him," said Musharraf.
In April too, Musharraf claimed that Saeed was not involved in the 2008 Mumbai attack that left 166 people dead.

"I don't think Saeed was behind the 26/11 attacks. In Pakistan, we don’t call him a terrorist," 73-year-old Musharraf said.

Last week, Saeed walked free after a judicial body in Pakistan refused to extend his detention and ordered his release citing "insufficient evidence."
He was designated a terrorist by the UN under UNSCR 1267 (UN Security Council Resolution) in December 2008 following the November 2008 attack in Mumbai.
Saeed has filed a petition in the United Nations to get his name removed from the list of terrorists proscribed by the world body.