Yes, Mr Jaitley, We Are Tolerant

Let us spend this auspicious time, between Shah Rukh Khan's birthday and Diwali, to count the ways in which we are blessedly tolerant. 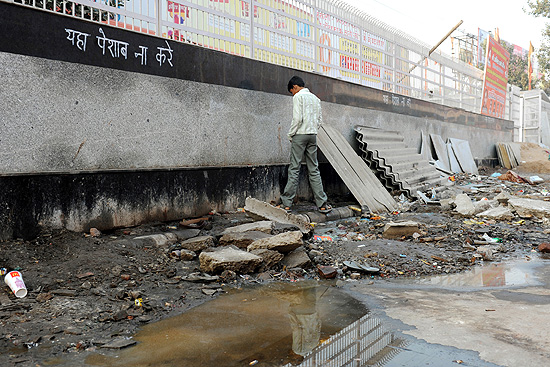 The FM yesterday has made it clear that there is no intolerance in India, and that India is the most tolerant country. We must take him at his word, because, I suppose, the fact that he has "already made it clear" is the best reason and any argument carries the risk of being asked to “Go to Pakistan” by his colleagues in the ruling party BJP who have offered such freebies to other "anti nationals" in the recent past.

Therefore, let us spend this auspicious time, between Shah Rukh Khan's birthday and Diwali, the two biggest festivities this season, to remind ourselves and count the ways in which we are blessedly tolerant.

We are very tolerant to paan stains on public walls as also to pissing in public. Most of the world, some of which is even becoming intolerant to "manspreading" where men dare so much as spread their legs and take too much space in public transport, may consider this disgusting and the PM himself may have launched a Swachch Bharat drive, but we are ancient organic people. Nothin' like doing it in the glory of nature. You can also call it Secular Organic Graffiti for the stains it leaves on walls, and people from all sections of society who contribute to this unique liquid form of pubic art works.

We are proud to be very tolerant towards mediocre Bollywood films, with our film critics following a tradition of giving them high ratings no matter how banal the film. In a great display of tolerance which will perhaps go down in world journalism books, one newspaper reviewed and changed its own critics' ratings after readers objected to his harshness in pronouncing judgment. The critic apparently quit the paper, which is of course highly intolerant of him.

We are tolerant of the oldest recorded attributes of human nature -- crime. In what has become a great political philosophy the world is watching with great interest, we have developed a line of argument called "whataboutry" where every criminal act is compared to a similar (and often, to just mix up things a bit for fun, not very similar) act sometime in the near or ancient past, so that we spend lots of time going round and round in circles, the end result of arguments being shoonya, a number given to the world by Indians.

We are tolerant of freedom of expression -- nothing represents this like our culture of abuse does. Perhaps no other country has a wide variety of offensive abuses, in as many languages, as India does, endorsed by public figures from cricket to politics. Our abuses, which we hurl each other in public or private, affectionately or in a temper, are an example of our great diversity (if you don't agree…Teri to!)

We are known to be a culture tolerant of incompetence. We have a chalta hai attitude where we as a people tolerate lapses, suffer red tape, turn a blind eye to inefficiency and high corruption index, because you know, koi ni.

We are very tolerant to misogyny, in fact, so tolerant, that we cannot even sense its presence in our midst. Girls are murdered in wombs, denied equal rights and property, discriminated against at work and in homes, but the fact that we have been unable to do anything about this proves our commitment to tolerance towards this aspect of humanity.

Ditto for our attitudes to poverty. Our dedication can be gauged from the fact that we have not managed to overturn the situation of dismal poverty, preferring instead to play a fun community finger pointing game involving each other's ethnicities and origins, our most popular game since shatranj.

So, as the Finance Minister has rightly said, "There is an environment of complete peace, India has never been an intolerant country."

As a great philosopher from Bollywood sang: All izz well! On that note, wishing everyone peace and prosperity this Diwali!