UK Sahoo, DD’s Agartala centre head, said after recording Sarkar’s speech on August 14, he felt that it was controversial, but Sarkar’s words meant he could not edit it. 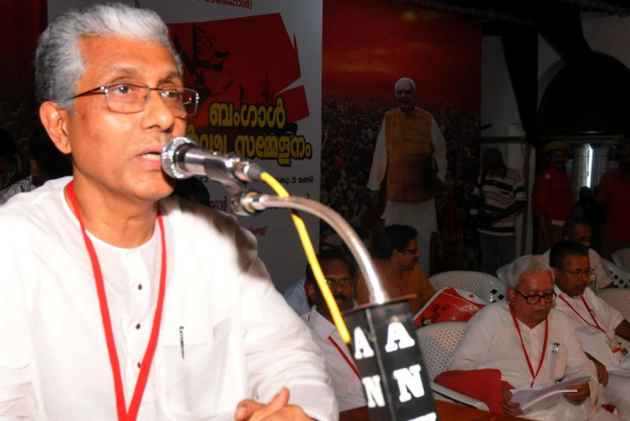 Tripura chief minister Manik Sarkar was indeed asked by the Prasar Bharati, which runs Doordarshan and AIR, to “maintain the quality and content” of his Independence Day speech, said UK Sahoo, DD’s Agartala centre head.
Sahoo told The Indian Express that after recording Sarkar’s speech on August 14, he felt that it was controversial, but Sarkar’s words meant he could not edit it. He then spoke to officials at Doordarshan’s directorate in New Delhi who asked him to send across the text of the speech. The text of Sarkar’s speech was also sent to All India Radio’s headquarters in New Delhi.
The report added that AIR director general Fayyaz Sheheryar spoke to Prasar Bharati CEO Shashi Shekhar Vempati on what should be done.
READ ALSO: 5 Probable  Reasons Why Doordarshan, AIR Refused To Broadcast Manik Sarkar's I-Day Address
A panel and Vempati decided that Sarkar’s speech did not adhere to the broadcast code, and told the Agartala office that the chief minister will need to “reshape the content” of his speech, otherwise the “broadcast may not go with its existing content”, keeping in view the “sanctity and solemnity” of Independence Day, reported the newspaper.
Sanjiv Dosajh, assistant director of programmes (policy) at AIR, told The Indian Express that in the past too, CMs have been advised to “modify” some speeches, to which they agreed — he cited no example. “This time,” Dosajh said of Sarkar, “he was very firm he would not change (it)”.
On Tuesday Sarkar alleged that Doordarshan and AIR refused to broadcast his August 15 address unless he "reshaped" it and termed it as an "undemocratic, autocratic and intolerant step".
CPI(M) general secretary Sitaram Yechury said Doordarshan was "not the private property" of the BJP-RSS and accused Prime Minister Narendra Modi of "instructing his cronies to black out voices" of the opposition, including that of an elected chief minister.
On Wednesday, Sahoo issued an official statement saying: “On August 15, 2017, Doordarshan also gave wide coverage to the chief minister’s Independence Day programme and telecast report running to 29 minutes and 45 seconds. Out of which, Hon’ble Chief Minister’s speech coverage was for 12 minutes. This was telecast at 1900 hours.”
The statement added:  “There is a repeat telecast of this programme at 16:45 hours today i.e August 16, 2017.”