The Samyukta Kisan Morcha meeting, which was being held on Wednesday evening, will decide the future course of the movement. 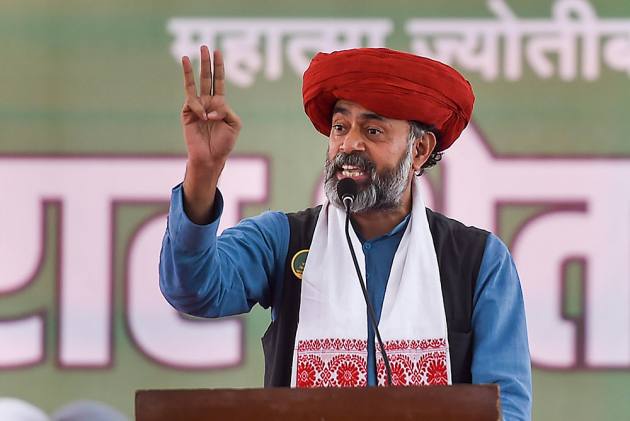 Farmer leader Yogendra Yadav announced hat they have reached a “decisive moment” in the over year-long farmers' agitation against the three central farm laws, ahead of the crucial meeting of Samyukta Kisan Morcha (SKM)

“We have reached a decisive moment of this historic movement. A ray of hope has emerged at the end of the long tunnel,” Yadav, who is also a member of the SKM, said at Singhu Border. SKM, an umbrella body of 40 farm unions, is spearheading the movement against three farm laws, which have now been repealed by the Centre.

Another senior farmer leader, Joginder Singh Ugrahan, said that the SKM's five-member Committee has to take a call about ending the agitation and any decision on this will be announced after the SKM meeting.

“Our leaders have to take a call about lifting the Morcha(protest). We have several kilometres long convoy and it cannot be made to go all of a sudden and we will require to plan it properly. It may take days, maybe 4-5 days, if it happens,” Ugrahan said.

On Tuesday, the SKM had demanded clarification on certain points in the government's proposal, including on the precondition set for the withdrawal of "fake" cases against farmers.

Farmers from Punjab, Haryana and Uttar Pradesh have been protesting at the borders of the national capital since November 26 last year to demand repeal of the three farm laws.

On November 29, a bill was passed in Parliament to repeal the three contentious farm laws, one of the main demands of the protesting farmers.

But the stalemate continues with the protesters demanding that the government fulfil their other demands that included a legal guarantee on MSP and withdrawal of cases against farmers.