Yogi Adityanath, A Polarizing Figure Unapologetic About His Dream Of A 'Hindu Rashtra'

Now 44, he has since won elections from Gorakhpur four more times, establishing a strong citadel in eastern UP or Poorvanchal belt as it’s called. 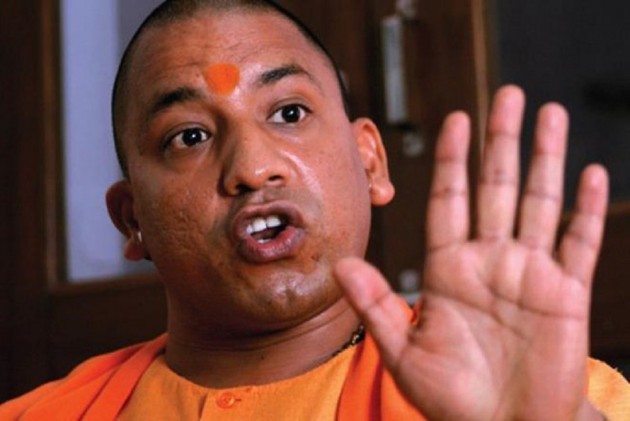 Mahant Yogi Adityanath, the man BJP has chosen to lead Uttar Pradesh, knows how to make his presence felt. Ever since he became the youngest member of Lok Sabha at 26 -- having been elected from Gorakhpur constituency in 1998 – Yogi has remained controversial figure.

Now 44, he has since won elections from Gorakhpur four more times, establishing a strong citadel in eastern UP or Poorvanchal belt as it’s called. As the head priest of Gorakhpur Math, Adityanath may appear as an unlikely candidate to head the crucial state in the heartland of India. But BJP, with a massive mandate of 312 seats – 325 with allies – decided to take the calculated risk of making the firebrand leader its face in UP.

Adityanath is seen as a polarizing figure, unapologetic about his dream of a “Hindu rashtra”, and known more for his aggressive stance on ‘ghar wapsi’, love jihad and slaughter houses than for any administrative skills. He was unleashed as a star campaigner by the BJP this time and canvassed extensively in western UP, doing what he does best – delivering fiery speeches on the exodus of Hindus from Kairana, pledging not to let it become another Kashmir.

Adityanath is a Rajput from Pauri Garhwal in Uttarakhand and his real name was Ajay Singh. He graduated in Mathematics and Science. He had declared assets worth Rs 72 lakh in the 2014 Lok Sabha elections and also had three criminal cases pending against him. These include rioting, promoting enmity between religious groups and attempt to murder.

Sources say that Adityanath played a crucial role in BJP’s good show in Poorvanchal area. Initially, he was believed to be unhappy with the party top brass since many of his candidates did not get tickets. In fact, Hindu Yuva Vahini, a socio-cultural outfit founded by him, had threatened to field its own candidates in many of the constituencies. It took personal intervention of party president Amit Shah to placate him.

BJP leaders claim that the choice of Adityanath as CM was not really out of the blue. They insist that he was always the first choice for Amit Shah. The huge mandate gave the party a free hand in naming him the chief minister.

On the eve of UP Assembly elections, senior BJP leaders told Outlook that Adityanath was the leader to watch out for. They said that Yogi’s image did not do justice to the leader that he is.

“He is not all about Hindutva and fiery speeches. He is not a communal and divisive figure that he is made out to be. He has the strength of character to be an able administrator, who can run a state like UP with an iron hand,” claimed a senior BJP leader. He talked about Yogi’s ascetic and disciplined lifestyle and the work he was doing in his Gorakhpur in an apparent attempt at image makeover.

“Adityanath wakes up at 3 in the morning and feeds all his cows himself. He runs a small hospital at the Math where both Hindus and Muslims are treated free of cost. There are a large number of Muslims living in the area and Yogi does not discriminate at all. He personally visits each and every patient, notes down which medicines are needed and ensures that they are all made available,” the BJP leader added.

When asked if they were preparing a base to make Yogi the CM of the state, he said, “why not?” He insisted Adityanath could provide the kind of leadership that UP needed and also benefit the BJP by keeping the Hindutva pot boiling in the state till 2019 Lok Sabha elections.