Yogi Distributes Smart phones, Tablets Amongst students Ahead Of UP Assembly Polls

Besides tablet, smart phones were also distributed among 1,000 students, with Adityanath saying these phones are being linked with schemes like PM Mudra, startup, standup, PM Yuva swarozgar, ODOP, Vishwakarma Shram Samman, and benefit of free coaching for competitive exams with tablet-smart phones has been provided to 10,000 youth. 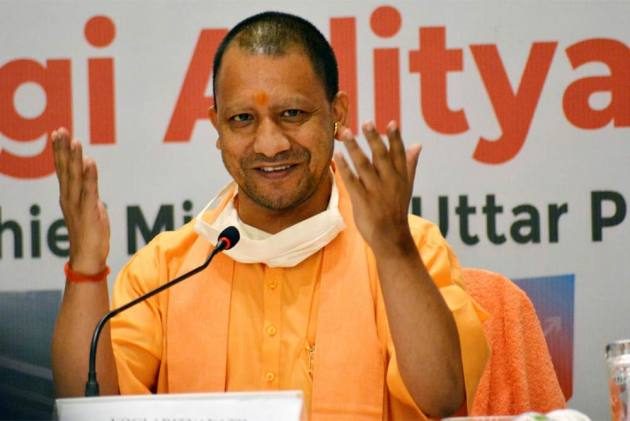 Ahead of the upcoming Assembly Elections, Uttar Pradesh Chief Minister Yogi Adityanath  distributed smart phones and tablets to students. He  said,  this will help them have access to information about employment opportunities and prepare for competitive exams.

“Smart phones and tablets are being distributed among 1 crore students in the state which will enable them to have access to digital content for free. The youth will have access to the information about employment schemes by just a click. The government is also making arrangements for preparation of competitive exams and the students won't need to go outside for the same,” he said.

The chief minister also unveiled the statue of Rashtra Sant Brahamleen Mahant Avaidyanath at Guru Gorakshnath Vidyapeeth in Bharohia development block, and launched 20 projects worth Rs 68 crore. Of these, 15 projects worth Rs 50.48 crore were inaugurated, while the foundation stone of five projects of Rs 17.31 crore was laid.

"During the coronavirus wave, the state government brought thousands of youth from Kota, Rajasthan where they were preparing for competitive exams in 500 buses. With ‘Abhyudai’ coaching both in online and offline mode, the youth won't require to go out,” he said.

The BJP leader also pointed out that during five years of his government, jobs were given to 4.5 lakh youth, 1.61 crore youth were associated with other employment and 60 lakh youth were linked with self-employment.

Uttar Pradesh will go to polls this year.