According to the government spokesman, health workers have been paying door-to-door visits to identify patients with viral fever, vector-borne diseases and with other symptoms. 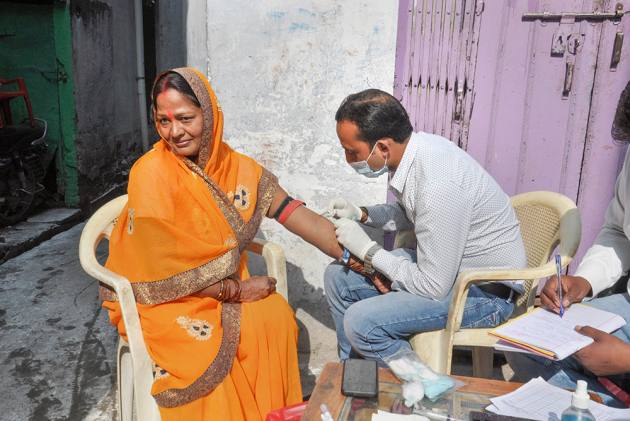 Scaling up the preventive measures to eliminate the spread of Zika virus, the Uttar Pradesh government has intensified comprehensive surveillance and has initiated doorstep surveys throughout the state to bring down transmission levels.

Under the stringent containment mechanism implemented by the state government to check Zika spread, the health workers are carrying out the extensive exercise of mass-scale sanitisation, state-wide surveillance drives, spraying of anti-larva chemicals, fogging and cleanliness drives.

According to the government spokesman, health workers have been paying door-to-door visits to identify patients with viral fever, vector-borne diseases and with other symptoms. The authorities are also working to create awareness on preventative measures to curb Zika with the help of posters.

Apart from ensuring proper arrangements for treatment of patients infected with Zika virus at government hospitals, Chief Minister Yogi Adityanath has also made it compulsory for private hospitals to provide treatment to patients infected with Zika virus and the cases of fever are being monitored via the integrated command centre to ensure there is no panic for Zika and dengue.

It is noteworthy that since the confirmation of the state's first case of Zika virus on October 22, the Uttar Pradesh government is carrying out strict testing of samples at a large scale to remove the risk of any further spread at King George's Medical University (KGMU) in Lucknow. As a result of this, the Zika test positivity rate in places like Kanpur and Kannauj is recording a consistent and steady decline.

Over 73,000 surveillance committees and the ASHA workers have also been visiting households for screening, tracing patients showing viral symptoms, fever and influenza-like illness (ILI). Meanwhile, coronavirus cases have fallen sharply in the state since the devastating months at the start of the year. The active caseload has been reduced to 99 pushing the recovery rate up to a remarkable 98.8 per cent.

The fresh and active Covid-19 cases in as many as 45 districts of the state have declined to zero. The most populous state has conducted over 1,21,074 tests in the span of the last 24 hours out of which merely nine samples tested positive. As many as eight patients also recovered at the same time. Till now, over 16,87,280 coronavirus patients have recovered from the disease.