He said Jews in India have never witnessed antisemitism like in some other countries and that was testament to India's great civilisation, tolerance and democracy 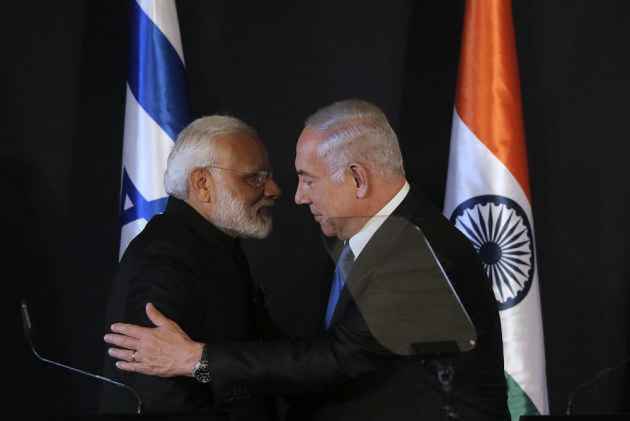 "You are a revolutionary leader. You have revolutionised India and catapulting this state to the future. Your visit to Israel was groundbreaking as it was the first time an Indian leader visited," Netanyahu said during a joint press conference with Prime Minister Modi.

He said Jews in India have never witnessed antisemitism like in some other countries and that was testament to India's great civilisation, tolerance and democracy.

Remembering the 26/11 Mumbai terror attack, Netanyahu said both India and Israel would fight terrorism together.

Netanyahu, who is on a six-day visit to India, received a ceremonial reception at the Rashtrapati Bhawan on Monday.

Netanyahu will be visiting Agra, Gujarat and Mumbai and will be accompanied by the Indian Prime Minister on extensive portions of his visit.