"You Are Criminals, Get Out"

We want to encourage tourism, but Indian Immigration is sometimes heartless and ridiculous. 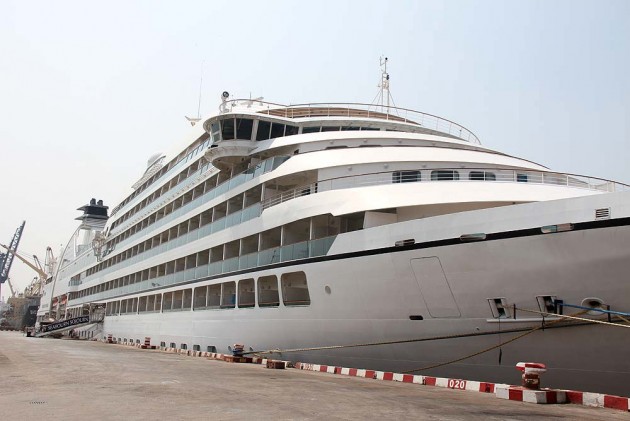 My wife and I got home on March 31, 2015, after a truly wonderful two-week cruise on which my wife had been invited to lecture.

We started in Singapore, went on to Malaysia, Thailand, Myanmar and ended in Mumbai. In each port of call, irrespective of country, immigration was seamless, with the authorities coming on board early, stamping the passports of all the 300 passengers and the ship delivering ones landing card to one's cabin, (as one ate breakfast). Effortless, easy, allowing one to go ashore at will, in any country visited, with only the ship's ID card.

The only downside was when we reached India. It is hard to understand, let alone explain, where our wonderful country is going. To say, we are a ridiculous country, is of course, simplistic.

On the cruise there were three Afro-Americans, one couple and another man, all in their 70s /80s, with one on his "last wish" luxury cruise, battling advanced cancer. At the last minute, they get an e-visa for India and fly from the US to Singapore to take the two week cruise to Mumbai. When they inquire, they find that their e-visa is only good for entry into India by air, and not by sea. As they are disembarking in Mumbai, to return to the US for the patient's chemotherapy, they decide to fly from Yangon to Bangkok, so that they can fly to Cochin, via Mumbai, to catch up with ship, all this at their own significant expense.

They arrive in Cochin and book into the Oberoi Trident Hotel (one of the best in Cochin) on March 25, only to have one of their passports stolen. They file an FIR report with the police, he has to fly to Chennai, get a new passport at the American Consulate, attach a photocopy of the Indian e-visa and then fly back to Cochin, where we were delighted to meet them.

So far, so good. They go to Cochin Port on March 28, present their papers to get back on the ship and explain what happened. The immigration authorities treat them terribly. Can we say that this is because of their colour? They are not allowed sit down (remember he's close to 80, with cancer) "Stand up when I'm speaking to you" screams the official. Where is the original visa? "My passport was stolen", explains the American, "here's my police FIR". "You are criminals", screams the official, "You are to be deported, go to the airport and get out". They had to fly back to America from Cochin.

This same story also happened to another Mexican couple we happened to meet at the Mumbai dock.

As Indians, all we could do was apologise to everyone.

The story does not end here. Finally we get to Mumbai on March 31. There's a lovely sunrise as we enter the port – it's now 7am and by 9am some 300 passengers have disembarked and collected their luggage on the pier (remember that Indian Immigration wanted to "see" each passenger individually, face to face). We are 5km from the port gate, luggage is loaded on shuttle buses and we all head out of the port, only to be stopped at the gate, with the demand, that all luggage be screened.

So, we all get out in the heat (no shade for the passengers, broken road surface – the pier is dirty, (remember that many of the passengers are in their high 80s) unload all the luggage and "snake" in a long line, through the ONE X ray machine (room 10' x 10' with broken door) and finally head out.

In the meantime, another 2,000 passengers have unloaded from another cruise ship, who also require the same screening. It's now 10.30am or so, and people have flights to catch from 12.30, at an airport, one and a half hours away. Will any one of these passengers ever want to come back to India?

Bottom line, our babus announce easy e-visas (on arrival) from 80 countries to "encourage" tourism, but fail to mention details that make the visa invalid (such as arriving by sea), or, as happened to a young Japanese lady we know, who was deported back to Japan from Delhi, on arrival, as her e-visa was also invalid.

Sometimes, sadly, there is seriously not much hope for our lovely country, however much our "leaders" may promise the moon! Training our bureaucracy and officials to be friendly and human is a role that this Government has a chance to do, even though they seem, so far, to have failed miserably. If they cannot do this simple thing, all the initiatives such as development, Swachh Bharat, Make in India, e-visas on arrival, all of which make great TRPs, will fail.