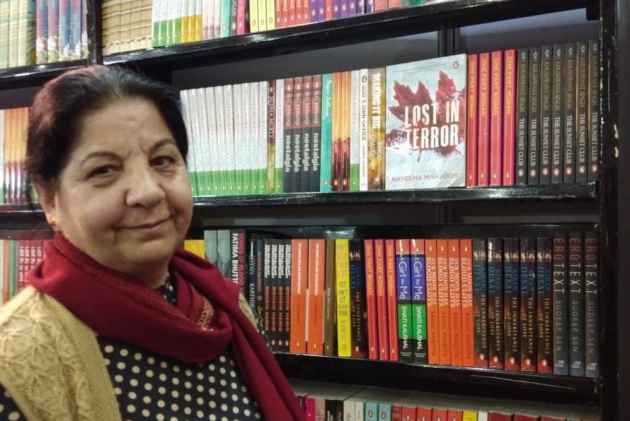 Jammu and Kashmir women’s commission chief Nayeema Mehjoor has lashed out at news channels saying you don’t need enemy country, army or nuclear bomb to destroy the valley but media’s venom is enough to destroy the whole subcontinent.

Taking herself to Twitter, Mehjoor, a former journalist who had served various media organisations including the BBC, said, “News channels....u don't need enemy country, army or nuclear bomb to destroy kashmir, ur venom is enough to detonate it to the extent that it will also engulf whole subcontinent into destruction.....”

She was apparently irked by the jingoistic English news channels which questioned the Jammu & Kashmir police for registering an FIR against the Indian army’s 10th Garhwal unit over the killing of two civilians in south Kashmir’s Shopian district on  Saturday.

News channels....u don't need enemy country, army or nuclear bomb to destroy kashmir, ur venom is enough to detonate it to the extent that it will also engulf whole subcontinent into destruction.....

The J&K police had registered an FIR against the army unit charging them with murder, attempt to murder and endangering life after two civilians, both in their 20s, were killed when army opened fire on protesters.

In another tweet, Mehjoor said, “Harbouring hate kills ur heart first before it damages ur enemy's.... replace hate with love n u will find peace within u...”

Earlier, the Centre’s Special Representative on Jammu and Kashmir, Dineshwar Sharma, had requested Union Home Minister Rajnath Singh to convene a meeting with certain television news channels to ask them to be careful against spreading “vicious propaganda” against Kashmiris.

According to a report by The Hindu, J&K Chief Minister Mehbooba Mufti had also asked the Centre to address the issue of news channels’ coverage of the state.

A bitter feud had erupted between the ruling partners BJP and PDP over the issue of filing FIR against the army with the former attacking the latter in the state Assembly prompting the speaker to suspend the question hour.

Responding to the BJP legislators, Chief Minister Mehbooba Mufti said her government had filed the FIR against the army only after consulting Defence Minister Nirmala Sitharaman.